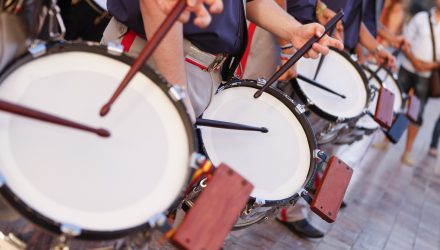 While U.S. equities suffered through the worst two-day selling since May, ETF investors carried on like businesses as usual, dumping billions more into stock ETFs.

Eric Balchunas, a Bloomberg Intelligence senior ETF analyst, also pointed out that ETFs experienced $4 billion per day in inflows, even during the recent market sell-off.

“This is unusual, especially for the highly liquid ETFs such as SPY, where flows usually correlate to the market,” Balchunas said, identifying two reasons for the divergence: “First, the low ETF volume during the selloff foreshadowed that it wasn’t that much of a panic situation and would be a ‘buy the dip’ type of selloff. Second, many investors may have used it as an excuse to move out of their mutual funds into an ETF.”