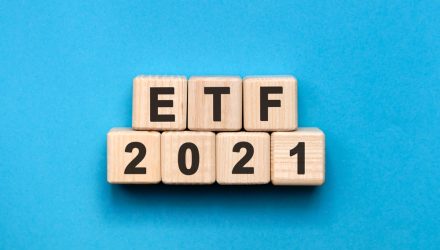 ETF Investors Are Keeping It Simple in 2021

There are 250 new ETFs that launched in 2021 in CFRA Research’s database. Many of these are either actively managed or index-based thematic ETFs seeking to appeal to investors wanting to outperform the market in a tactical manner through either security selection or by focusing on faster-growing companies that can benefit from a long-term trend. CFRA already rates over 120 of these ETFs, including some as five-star funds, due to what’s inside and how little the funds cost. While some new funds warrant attention, investors also appropriately continue to pour money into relatively cheap, broad-based equity and fixed income products. Indeed, the 10 largest ETFs gathered 152 billion in the year ended August 13 and manage $1.9 trillion in assets.

SPDR S&P 500 ETF (SPY) remains the king of the ETF market, but iShares Core S&P 500 (IVV) and Vanguard S&P 500 (VOO) are gaining ground. SPY was the first of the U.S. listed ETFs and 28 years later is still the biggest, with $389 billion in assets as of August 13. We believe the fund is utilized more often by institutional investors that find its strong liquidity appealing, as more than $23 billion of SPY trades daily on average.

IVV and VOO, which track the same S&P 500 Index as SPY, are the second and fourth largest ETFs, with $301 billion and $250 billion, respectively. These two ETFs appeal more to the wealth management market than SPY, as they both have a 0.03% expense ratio, which is one third what SPY charges. In the past year, IVV and VOO gathered a combined $50 billion of net inflows, while SPY had $5.2 billion of net outflows. State Street also offers its own low-cost S&P 500 Index ETF, SPDR Portfolio S&P 500 ETF (SPLG), which has $12 billion in assets, aided by $3 billion of net inflows in the past year.

Many investors have gravitated toward S&P 500 Index based ETFs over the past decade as an alternative to active mutual funds. The average large-cap active fund lagged the S&P 500 Index every calendar year between 2010 and 2020, a remarkable string of underperformance for an industry that prides itself on stock selection capabilities. Yet, CFRA has three-star ratings on SPY, IVV, and VOO, as we believe they will likely perform in line with the broader U.S. equity ETF category over the next nine months.

CFRA’s star ratings are lower than Morningstar’s for these ETFs because while we are looking forward and comparing the ETFs with a broad swath of other diversified ETFs, they are comparing the index funds’ three-year track record with a universe that includes some ETFs but is primarily actively managed large-cap mutual funds. When using multiple data sources to support due diligence, it is important to understand what makes each approach different.

VTI offers a popular and broader-market twist for U.S. equity investors. The $267 billon Vanguard ETF is the third largest overall and holds approximately 3,900 securities, including many mid- and small-caps not part of the S&P 500 Index. VTI outperformed VOO in the 12-month period ended August 13, 36.5% to 34.5%, but VOO has slightly ahead of VTI over the past three years, 18.7% vs. 18.6%. VTI gathered a whopping $46 billion in the past year, equal to the asset base of all but 26 other products available. The ETF also charges a miniscule 0.03% expense ratio.

Invesco QQQ Trust (QQQ) provides a concentrated growth twist for ETF investors. QQQ has $186 billion in assets, fifth most overall, aided by approximately $10 billion of new money in the past year and a 36% total return. QQQ recently had 53% of assets in its top-10 holdings, including hefty stakes in Apple (AAPL), Microsoft (MSFT), and Amazon.com (AMZN). While QQQ’s 0.20% expense ratio makes it the most expensive of the top-10 largest ETFs, Invesco launched Invesco Nasdaq 100 ETF (QQQM) just under a year ago to appeal to cost-conscious investors, and the ETF already has $1.5 billion in assets.

Will iShares Core Aggregate Bond ETF (AGG) or Vanguard Value ETF (VTV) be the next $100 billion product? There are currently seven U.S. listed ETFs with more than $100 billion, with $106 billion Vanguard FTSE Developed Markets ETF (VEA) and $102 billion iShares Core MSCI EAFE (IEFA) recently passing the milestone on demand for international equities. With $89 billion, AGG leads VTV by $3.4 billion in assets, but the Vanguard equity offering has pulled in $4.3 billion more money in 2021 as value investing has become in vogue this year.

CFRA expects to continue to highlight new and more attractive alternatives to broad market equity and fixed income ETFs that we believe are positioned to outperform SPY and AGG. However, we acknowledge that many investors have been and will remain happy keeping it simple and continuing to add to well-established products offered by the top-four providers. These ETFs serve as the core of many portfolios, with active, thematic, and smart-beta funds providing the satellite portions.