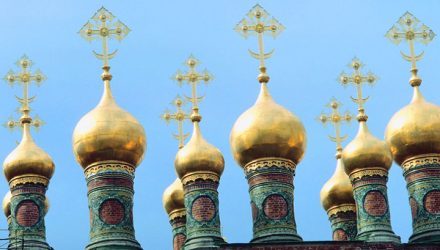 Slumping oil prices are also hampering Russian equities, which is not surprising because the country is the largest oil producer that is not a member of the Organization of Petroleum Exporting Countries (OPEC). RSX allocates close a third of its weight to energy stocks, including the country’s giant state-run energy firms.

“Oil has been on a roller coaster since March amid concerns over mounting stockpiles. OPEC officials extended output cuts into next year, but the price of Brent crude initially fell on disappointment the cuts weren’t bigger,” according to the Journal.

RSXJ, the Russia small-cap ETF, has a fair amount of exposure to the domestic economy as utilities, consumer staples and real estate stocks combine for almost 42% of that ETF’s lineup. As is usually the case, Russian stocks are attractively valued relative to broader emerging markets benchmarks.

“Over the 10 years through May, the fund (RSX) has shed 4.3% each year on average, while the broader VanEck Emerging Markets Fund edged up 1.5%, according to Morningstar,” reports the Journal.