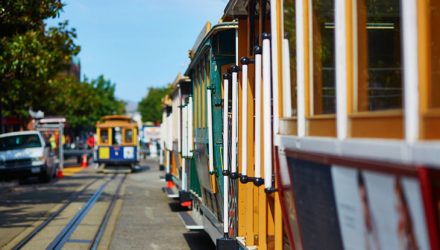 Municipal bond ETFs are rebounding after the election sent munis reeling. Many muni investors feared that President Donald Trump’s big plans for an infrastructure revival would inundate the market with a new supply of municipal debt issuance.

However, the muni bond ETF market has more or less made up its precipitous post-election plunge. Jim Colby, Portfolio Manager at VanEck, argued that the current muni market environment is being fueled by increasing doubts over the Trump administration’s ability to push through its agenda, along with other concerns that have fueled bets for safer assets and yields, which helped fuel greater interest for munis this year.

“As of May 23, the 37 municipal bond ETFs had, year-to-date, garnered $1.6 billion in net new assets, resulting in total assets under management of $26.0 billion, compared to $21.0 billion approximately a year ago,” Colby said in a note.

Looking ahead, the muni market is entering a reinvestment season that could bolster the market, with three consecutive months of significant reinvestment demand generated by coupons, maturities and calls ahead.