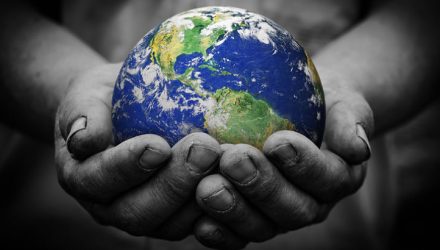 President Donald Trump has been widely criticized for his decision to remove the U.S. from the 2015 Paris Agreement on Climate Change, but that controversial decision is unlikely to hamper the VanEck Vectors Green Bond ETF (NYSEArca: GRNB).

GRNB, the first exchange traded fund dedicated to green bonds, debuted earlier this year. The ETF tries to reflect the performance of the S&P Green Bond Select Index, which is comprised of debt issued for qualified “green” purposes.

Green bonds include debt securities whose proceeds are used principally for climate change mitigation, climate adaptation or other environmentally beneficial projects, such as, but not limited to, the development of clean, sustainable or renewable energy sources, commercial and industrial energy efficiency, or conservation of natural resources.

Even with the U.S. out of the Paris accord, the future is bright for green bonds.

“The U.S. has thus far had a relatively small presence in the global green bonds market. Europe, and more recently China and other emerging markets, have played a much greater role in the development of the market in terms of formulating policies that support market growth. Even though the U.S. has ceded its position on the issue of climate change, other countries will likely continue to make progress on renewables, electric vehicles, etc., providing a strong project pipeline for green bonds,” according to a recent VanEck note.