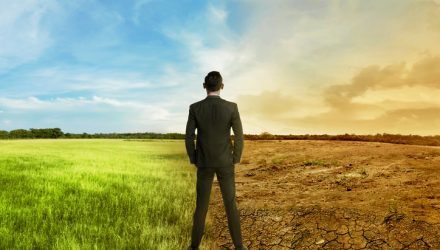 For instance, the VanEck Vectors Green Bond ETF (NYSEArca: GRNB), the only bond dedicated to the socially responsible investment theme, is still up 2.2% over the past month, outperforming the Bloomberg Barclays U.S. Aggregate Bond Index’s 1.0% gain.

“Regardless of the future of the Paris Agreement, the green bonds market continues to have significant growth potential,” William Sokol, Product Manager of ETFs at VanEck, said in a note.

Green funds remain a popular play, especially over the past decade as rising concerns over climate change helped fuel the investment theme. The investments typically draw younger and more environmentally minded investors who see profits in the nascent green industry.

Even though Trump has made his stance clear on Obama-era climate initiatives, many don’t think the new administration has the ability to enact any of the promised reversals that the president has stated.