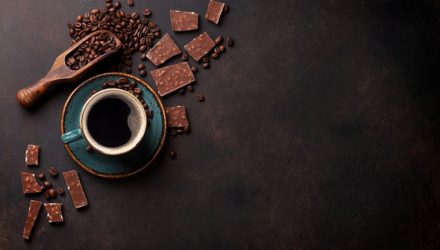 While demand for coffee is solid, strength in the Brazilian real, that country’s currency, could keep supplies from coming to market. Brazil is the world’s largest coffee producer and would prefer its currency be weak against the dollar to bolster the value of its coffee exports, which are sold in dollars.

“The rebound in the value of the Real may keep producers from aggressively selling Coffee in the world market which takes some of the bearish momentum from the market. This becomes even more important to help support Coffee prices given signs that Coffee demand is starting to slow. We are starting to see monthly Coffee exports fail to rise above year ago levels as end-user inventories are seen at more than adequate levels,” according to OptionsExpress.