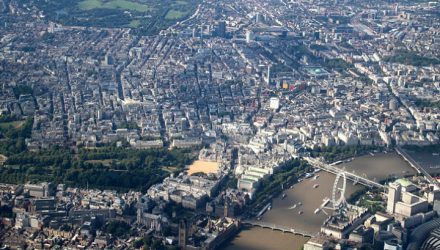 The United Kingdom general election of 2017 is scheduled to take place on June 8, 2017.

FXB’s decline represents one of the ETF’s worst weekly performances this year as the pound has been sturdy among developed market currencies and British stocks have been solid. FXB is still up 3.8% year-to-date.

“Sterling tumbled Friday, putting it on course for its worst week this year against the dollar, as a poll showed the Conservative Party’s lead over the main opposition Labour Party has narrowed to five percentage points,” reports Bloomberg. “That came after weeks of surveys showing a bigger Tory lead had made the vote all but a foregone conclusion for the market. The tighter poll prompted a measure of expected volatility that covers the June 8 election to jump by the most since October’s flash crash.”