You are at:Home»Equity ETFs»The Boost for Solar ETFs Could Keep Shining 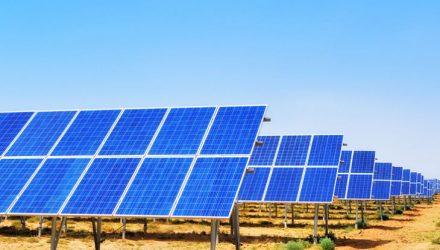 The Boost for Solar ETFs Could Keep Shining

Among industry exchange traded funds, the Guggenheim Solar ETF (NYSEArca: TAN) and the VanEck Vectors Solar Energy ETF (NYSEArca: KWT) have been pleasant surprises this year with gains of more than 11% and 10.1%, respectively.

“The United States has notified the other 163 members of the World Trade Organization that it is considering putting emergency “safeguard” tariffs on imported solar cells, according to a WTO filing published on Monday,” reports Tom Miles for Reuters. “The move raises the stakes in a global battle to dominate the solar power industry, which has grown explosively in the past five years. As production has increased, prices have tumbled, favoring producers who can take advantage of economies of scale.”