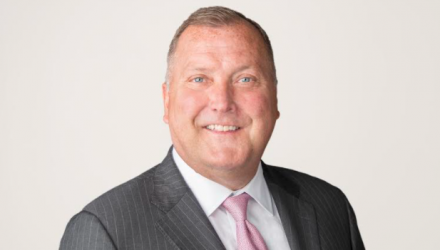 Last week, ETF industry veteran Bobby Brooks joined RiverFront Investment Group, a global asset manager and ETF strategist based in Richmond, VA, in a move that underscores just how transformative ETF model portfolios have been for the advisory business.

Brooks will serve as president for the firm’s RiverShares ETF division, a rapidly growing unit that supports not just the growth of RiverFront’s existing model portfolio business, but also the future development of the firm’s in-house ETF product set.

“ETF strategist firms like RiverFront have the unique perspective to know what financial advisors are looking for in an ETF, because they’re advisors themselves,” said Tom Lydon, CEO of ETF Trends. “With Bobby’s experience working so closely in this area of the market, I’d expect him to be a big help to Riverfront in developing their ETF suite.”

As an ETF strategist, RiverFront works with advisors to provide flexible, risk-managed investment solutions for financial advisors and their clients.

At the heart of RiverFront’s business is its core Advantage model portfolios, including a line of ETF-only models, which target every phase of the investment cycle, from wealth building to wealth sustaining to wealth distribution.

These model portfolios have attracted well over $8 billion in invested assets, as of the end of June 2021.

Across the investment industry, ETF-based and ETF-only model portfolios continue to grow at an accelerated clip. Much of the investment flows have gone toward “no investment management (IM) fee models,” named such because they carry no additional management expense, beyond the expense ratios of the constituent ETFs. It’s now estimated that no-IM-fee models account for as much as two-thirds of all investor assets in model portfolios, according to RiverFront.

RiverFront is currently developing a line of no-IM fee model portfolios of its own, says Brooks, noting that many such existing models currently are provided by legacy ETF issuers, rather than by ETF strategists.

“I think there’s real demand for a firm like RiverFront, who has been managing portfolios of ETFs for years, to be a disruptor in this space,” said Brooks in a telephone interview with ETF Trends.

“You’re starting to hear less about individual ETFs, and more about how they fit into models. Going forward, I think it will be all about how ETFs, as tools, are put together into models to help the client experience,” he continued, citing the potential for outsourced model portfolios to provide additional expert drilldown into themes, income generation, and ESG topics.

“More and more advisors are saying, ‘Themes are great, but they’re also extremely volatile,’” he added. “’Can someone help me manage my risk?’”

Active ETFs Come Into Their Own

Currently, the firm’s RiverShares division also comprises the nine individual ETFs that RiverFront sub-advises, but Brooks says the strategist also has plans to expand into its own house-brand ETF products.

The firm is known for its signature “process over prediction” investment approach—a transparent, dynamic investment approach driven by a methodology that is both systematic and easily repeatable. Packaging that inside an ETF wrapper just makes sense, says Brooks.

“The ETF has become the tool of choice for advisory practices,” he said. “Ultimately, some of the [RiverFront] IP can be delivered inside of an ETF structure.”

Active ETFs, which allow managers like RiverFront to package their strategies into an exchange-traded wrapper, grew exponentially in 2020, both in quantity and in assets invested, in part because the ETF Rule, which launched late the prior year, clarified and streamlined the process by which active funds could come to market.

Active ETFs now total more than $262 billion in assets invested. That’s a fraction of the $4.5 trillion invested across all ETFs in the U.S., but one of the fastest-growing corners of the market.

“I Want To Work With People I Like, Respect, and Trust.”

With more than 25 years in the ETF industry, Brooks has a wealth of hands-on experience.

Back in the earliest days of ETFs, Brooks helped State Street launch its fledgling ETF sales unit, before moving on to PowerShares’s distribution team, where he helped triple the issuer’s assets during his tenure.

Most recently, Brooks served as a senior executive at DWS.

Brooks’s relationship with RiverFront’s leadership team, including president and CEO Pete Quinn and head of global strategy Doug Sandler, pre-dates the founding of RiverFront itself.

“In my career. I want to work together with people I like, respect, and trust. The RiverFront team checks that box multiple times,” said Brooks. “They’re truly the advisor to the advisor.”