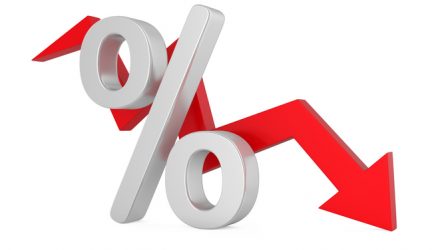 An ongoing fee war in the ETF space has intensified as a number of money managers slashed fees and rolled out other dirt-cheap ETF options in the race to gain greater investment assets. While industry players battle it out, the end investors will ultimately be the winners.

The average expense ratios of U.S. equity funds have declined from about 99 cents for every $100 invested in 2000 to 63 cents in 2016, reports Robin Wigglesworth for the Financial Times.

Among the recent blows in the ongoing ETF fee war, Deutsche Bank’s asset management cut fees on its high-yield corporate bond ETF to 20 basis points, or half as expensive as the two largest options from BlackRock and State Street.

Franklin Templeton Investments rolled out a new suite of 16 passive index-based ETFs that track country markets or regions, including Australia, German, Japan and Europe, among others, most of which come with a 9 basis point fee.

Earlier in October, State Street also revamped 15 of its smaller ETFs in response to competition from BlackRock and Vanguard, the two other big players in the passive investment space, by cutting fees its products, with the annual fees for two U.S. equity ETFs slashed to just 3 basis points, which is now among the cheapest in the industry.