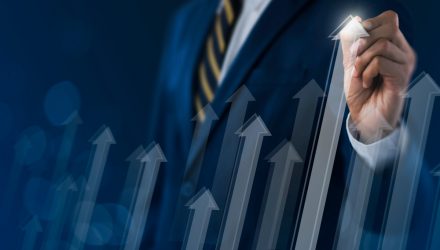 Growth stocks continue stumbling this year due to the interest rate tightening by the Federal Reserve, but it’s not all bad news, especially for investors in wide moat stocks.

As was widely noted over the first nine months of the year, retrenchment in growth stocks put some of these names, including venerable, high-quality fare, on sale. That could be a positive for investors considering exchange traded funds such as the Invesco QQQ Trust (QQQ) and the Invesco NASDAQ 100 ETF (QQQM).

Moreover, the point extends beyond growth stocks being inexpensive. Some with the wide moat designation – an attractive trait for long-term investors – are in the inexpensive camp and some of those stocks are members of the QQQ and QQQM portfolios.

“Morningstar thinks that companies with wide economic moats have significant advantages that allow them to successfully fend off competitors for decades. Companies can carve out their economic moats in a variety of different ways — by having high switching costs, through strong brand identities, or by possessing economies of scale, to name just a few,” added Dziubinski.

Confirming that the punishment incurred by semiconductor stocks this year is leading to discounted valuations, two of the 10 names on Morningstar’s list of cheap wide moat stocks are chip stocks. Of the pair, Lam Research (NASDAQ: LCRX) is part of the QQQ and QQQM portfolios.

Adding to the allure of QQQ and QQQM as credible plays on attractively valued wide moat stocks is the point that there are now sector restraints on those valuations. Of the stocks mentioned above, the communication services, consumer discretionary, and technology sectors are represented.

Another example of an inexpensive communication services stock with wide moat credentials that resides in both QQQ and QQQM is Comcast Corp. (NASDAQ: CMCSA), which is the parent company of NBC Universal, among other prime media assets. The stock accounts for 1.29% of the Invesco ETFs’ weights.