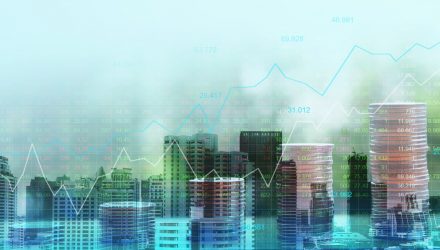 Is Value or Size a Bigger Driver of RZV’s 2021 Performance?

This year, value stocks are hot, but small cap value names are even hotter. Up more than 47% year-to-date, the Invesco S&P SmallCap 600 Pure Value ETF (RZV) confirms the intensity of the small cap value rally.

RZV’s strength is waning, as the exchange traded fund is higher by almost five percent over the past month. However, the fund’s recent bullishness may prompt investors to ponder what exactly is at the center of the small-cap value renaissance. Is it exposure to value stocks or allocations to small cap names?

“If size was the only determinant of Value’s relative returns, the allocation effect would equal the total effect: there would be no impact from selecting value-oriented stocks,” notes S&P Dow Jones Indices. “However, the choice of value-oriented constituents (selection effect) was typically more important than allocations to different size quintiles (allocation effect) and the selection effect accounted for the majority of Value’s year-to-date outperformance.” 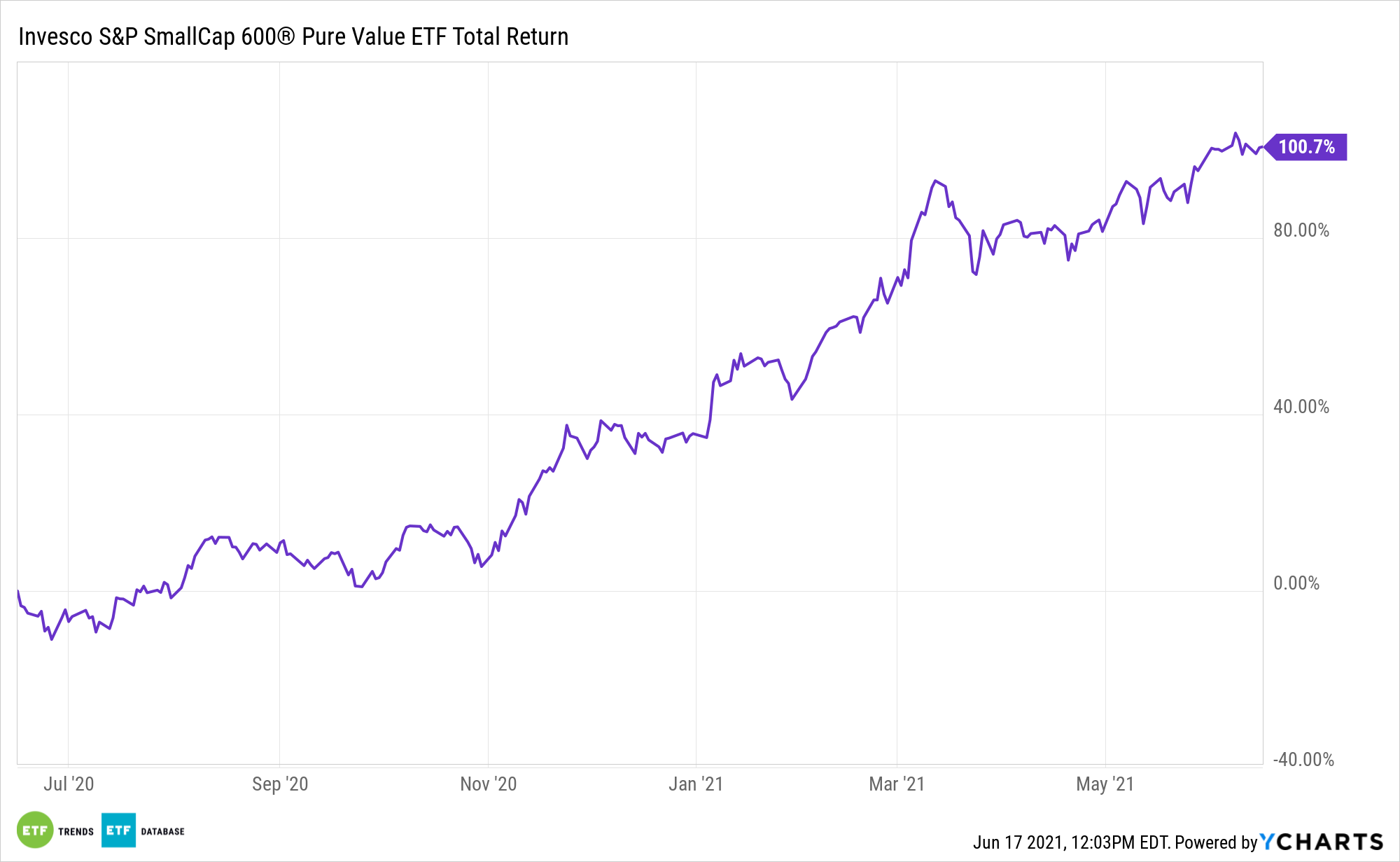 The $401.1 million RZV holds 168 stocks with an average market capitalization of $1.35 billion, according to issuer data. RZV resides at the higher end of the small cap size spectrum, but not so much so that the size effect is diminished in the fund. A mere 0.39% of RZV’s components reside in mid cap territory.

While it’s clearly a credible play on smaller stocks, RZV’s stellar 2021 is likely more attributable to its status as a value fund rather than its positioning as a small cap offering according to some experts.

“As a result, value’s recent resurgence has been driven by the outperformance of more value-oriented companies rather than by their smaller size,” adds S&P Dow Jones. “And while we will have to wait and see what happens across the style box in the coming months, many investors may be enjoying riding the value wave for the first time in a few years.”

However, sector-level positioning shouldn’t be diminished as a driver of RZV’s 2021 bullishness. The ETF has a deep cyclical tilt, which is clearly a plus at a time when cyclical and smaller stocks are outperforming. Nearly 60% of the fund’s weight is allocated to the financial services, consumer discretionary, materials, and energy sectors, making it a premier small cap play on the rebounding domestic economy. Energy and financials are the two best-performing sectors this year. 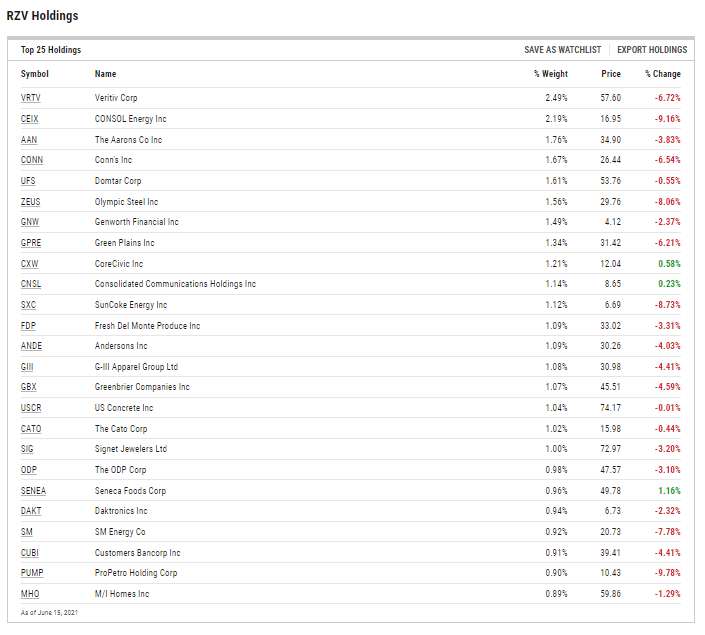