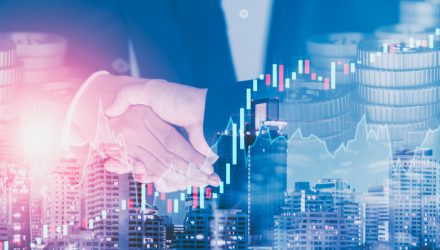 Now is the right time to boost your portfolio’s exposure to tech, along with other recently out-of-favor sectors of the marketplace.

Léger expects that after their recent correction, U.S. large-cap growth stocks will resurface, given tighter fiscal and monetary policy coupled with slower activity.

For investors, this means that it would be unusual for the stock market advance to end this early in a Fed tightening cycle, according to Léger.

“In my view, the last hike matters more than the first,” Léger writes. “Until then, I remain a buyer of stocks on the dips.”

Similar to U.S. stocks, global equities have generally done better when the Fed was raising interest rates. Indeed, style, size, U.S., and non-U.S. equities all performed better when the U.S. authorities were tightening monetary policy; however, not a single category ranked in the top three more than 50% of the time in our sample, according to Léger.

In Fed tightening cycles, tech (growth) outperformed financials (value) most of the time, according to Léger, who believes that tech stocks will become interesting to investors once again after their recent correction, consistent with the expectation for continued U.S. large-cap growth outperformance.

“In my view, the combination of slower economic and earnings growth, exacerbated by tighter fiscal and monetary policy, points to higher quality positioning in large-cap growth stocks — and I believe the recent selloff presents another attractive entry point,” Léger writes.

One way for long-term investors to add growth and tech names to their portfolios is to eschew stock picking and opt for a highly-rated ETF such as the Invesco QQQ ETF (QQQ) or the Invesco NASDAQ 100 ETF (QQQM).