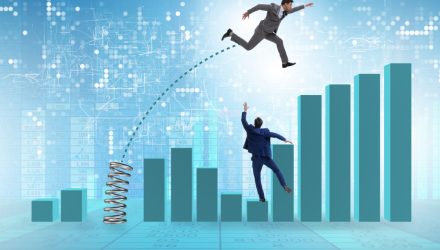 This Equal-Weight ETF Is Crushing Its Cap-Weighted Rivals

Due in part to the impressive runs of the size and value factors in 2021, equal-weight exchange traded funds are generating buzz once more.

EQAL’s underlying index “is composed of securities in the Russell 1000 Index and is equally weighted across nine sector groups with each security within the sector receiving equal weight,” according to Invesco.

The strategy is rewarding investors in 2021. After hitting an all-time high last Friday, EQAL is higher by 18.41% year-to-date. That’s nearly 600 basis points higher than the largest ETF that tracks the cap-weighted version of the Russell 1000 Index. 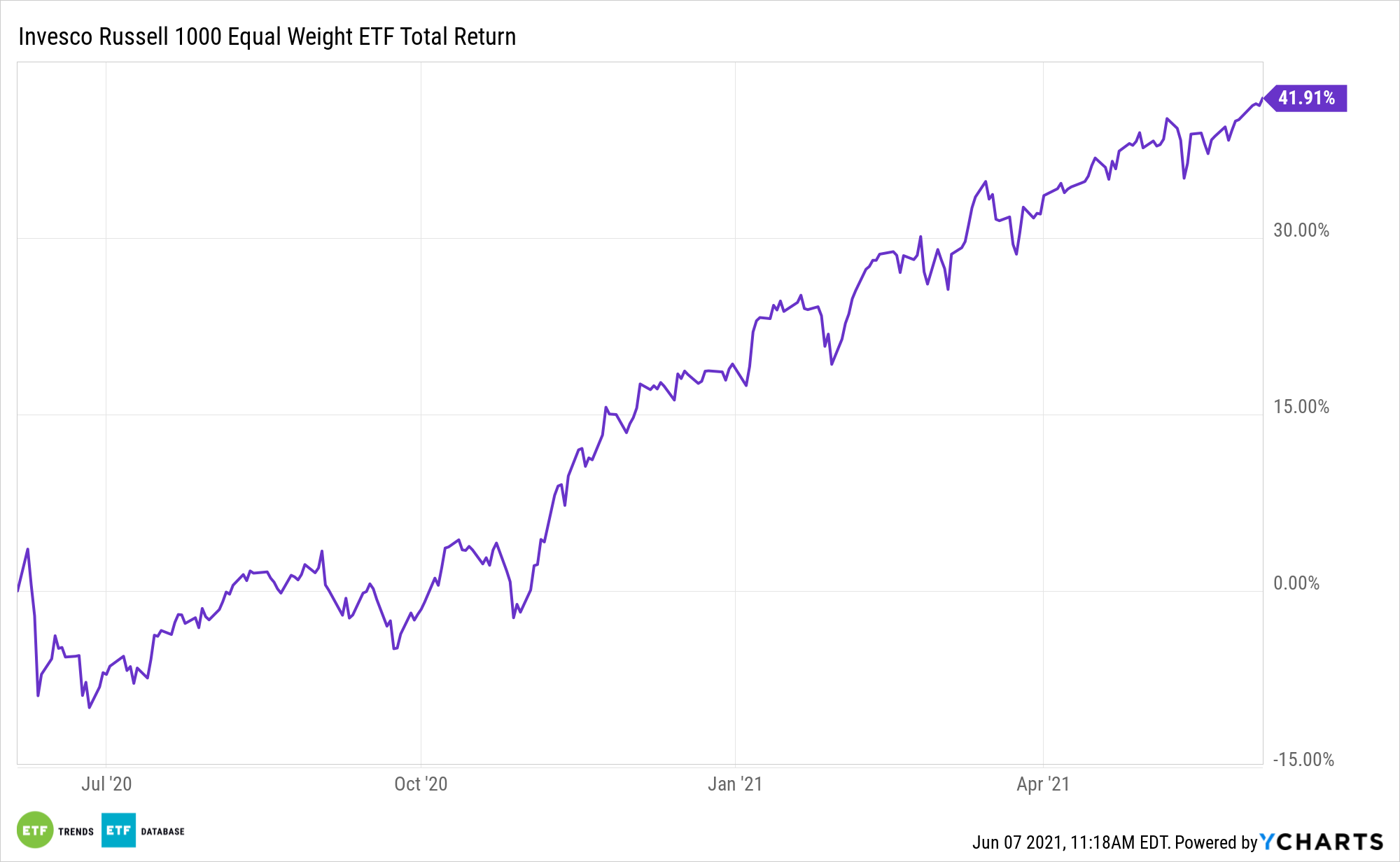 Indeed, the recent value resurgence plays into the hands of EQAL investors because the Invesco ETF allocates about 41% of its weight to stocks with the value designation while those with the growth label account for just over 18% of the fund’s weight, according to issuer data.

As it pertains to EQAL, the size factor argument is perhaps more relevant simply because large caps represent just a quarter of the funds weight.

Another feather in EQAL’s cap is that, like many equal-weight funds, it limits or nearly eliminates single stock risk. Due to lengthy bull run by growth, some technology and internet stocks took on significant percentages in supposedly broad market, cap-weighted indexes, including the Russell 1000. For example, Apple (NASDAQ: AAPL), Microsoft (NASDAQ: MSFT) and Amazon (NASDAQ: AMZN) currently combine for about 13% of the cap-weighted Russell 1000.