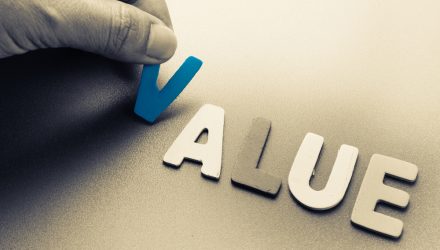 The Invesco QQQ Trust (QQQ) and the Invesco NASDAQ 100 ETF (QQQM) are usually viewed as growth exchange traded funds, and while that label is accurate, these ETFs are offering more value than meets the eye.

That’s the result of growth stocks being pinched by rising interest rates this year. While it can be difficult to see the forest through the trees, one potential benefit, albeit longer-ranging, of the Federal Reserve’s rate tightening regime is that it’s making some high-quality growth stocks attractively valued. That group includes plenty of components in QQQ and QQQM.

Further confirming the value proposition offered by some technology and communication services stocks is the point that managers of some active value funds are gobbling up stocks that reside in QQQ and QQQM.

“It’s too early to say if this is the beginning of a trend, but Microsoft MSFT, Amazon.com AMZN, and Google parent Alphabet GOOGL are among those seeing hints of interest from value fund managers,” noted Morningstar analyst Katherine Lynch.

There’s no denying that those stocks and others, such as Facebook parent Meta Platforms (NASDAQ:META), are classified as growth stocks. There’s also no denying that with this year’s Fed-induced declines, many of these popular growth stocks are sporting value traits rarely seen, inviting interest among active value fund managers.

“Companies like Alphabet and Facebook parent Meta Platforms META have historically landed in the growth stock category. Their growth rates for earnings, sales, book value, and cash flow puts them into the growth area of the Morningstar Style Box,” added Lynch.

There’s something to this phenomenon. As was widely noted earlier this year, Meta Platforms entered the Russell Valued Index when that benchmark was rebalanced in June. Likewise, Microsoft is appearing in a variety of actively managed value funds.

Additionally, due to impressive runs of dividend growth, Apple (NASDAQ:AAPL) and Microsoft — the top two holdings in QQQ and QQQM — are popping up in various actively managed dividend funds with the value designation.

“Though undervalued Microsoft still remains in growth territory, according to Morningstar equity research, unlike Apple, where the argument can be made for it being either a value or a growth stock, and it is included in Morningstar’s broad value and growth indexes,” concluded Lynch.

Apple and Microsoft combine for over 23% of the QQQ and QQQM rosters while Alphabet, Amazon, and Meta combine for over 14%, indicating a significant percentage of the ETFs’ portfolios are attractively valued.