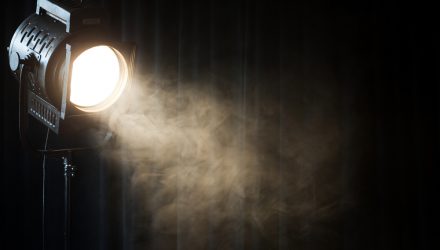 Spinoff ETF Could Spin Back Into Spotlight

More companies are turning to spinoffs as a way of unlocking shareholder value, and that could have implications for the Invesco S&P Spin-Off ETF (NYSEARCA:CSD) — the lone exchange traded fund dedicated to this particular corporate action.

Last year, 34 companies announced spinoffs, and there are 20 such deals waiting to be completed across a variety of sectors. CSD, which debuted in December 2006, tracks the S&P U.S. Spin-Off Index. That benchmark includes companies spun off from parents up to four years ago.

For investors who like the idea of investing in spinoffs, CSD merits consideration because stock-picking to this effect isn’t any easier than it is in other corners of the market.

“While spinning off businesses is a well-worn page from the corporate playbook, the results can be hit-and-miss for investors. Many cite the 2020 spinoff of Carrier from United Technologies as a winning example. But last year’s crop didn’t fare nearly as well,” reports Christina Cheddar Berk for CNBC.

Home to 30 stocks, CSD features exposure to Carrier, which is a top-10 holding in the fund at a weight of 7.52%. The ETF also holds some of last year’s spinoffs that disappointed, including Vimeo Inc. (NASDAQ:VMEO). Even with that, CSD is beating the S&P 500 on a year-to-date basis.

“A review by Goldman analysts in early February of 361 transactions completed since 1999 suggests that the typical spinoff will outperform its parent company by 4 percentage points during the one-year period after it’s completed. But the average doesn’t show how big the performance gap can be. Fifty-five percent of the spun out companies outperformed their parents, according to Goldman’s analysis,” according to CNBC.

Something for investors to consider are sector implications. Due to the conglomerate-like nature of many industrial companies, that sector is fertile ground for spinoffs, as highlighted by CSD’s 30.35% weight to that group. Conversely, the Invesco ETF currently features no exposure to the consumer staples and financial services sectors.

CSD and its index rebalance on a monthly basis, indicating that with 10 spinoffs slated to close by the middle of this year, the ETF’s roster could grow over the near term. Overall, the fund could be the appropriate way for most investors to participate in the spinoff trend.

“So the conditions are set for a break-up boom on Wall Street. Investors will need to do their homework to find the spinoffs that pay off over the long run,” adds CNBC.