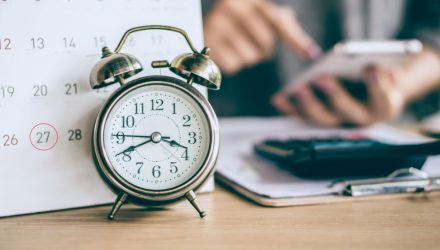 Growth stocks are languishing this year, and that situation was exacerbated on Tuesday as market participants digested a higher-than-expected August reading of the Consumer Price Index (CPI).

That surprise report sent stocks tumbling, and growth names were among the worst offenders. That’s understandable because with inflation still high and showing not much in the way of relief, the Federal Reserve will likely be compelled to continue boosting interest rates.

Some experts are now arguing that a fall malaise by growth stocks could actually be good news for investors, as near-term weakness in this asset class could allow investors to better position for long-term upside.

“Although tech and other growth stocks may suffer through more September volatility, the longer-term outlook is more encouraging. The economy is softening, not collapsing, valuations are more interesting and real rates have already adjusted. It’s worth recounting then why the summer rally faded, and fall weakness presents an opportunity,” according to BlackRock.

As the asset manager points out, it’s possible that growth stocks rallied too far too fast after bottoming in June. Indeed, QQQ and QQQM surged off the June lows, but that occurred with no evidence to suggest the Fed was planning to back off interest rate increases.

“The late summer sell-off accelerated once it became clear that the Fed had no intention of pivoting away from tighter monetary policy. Investors got the message and immediately began driving real — or inflation-adjusted — rates higher. Real long-term yields, already backing up before the conference, spiked to more than 0.80%, the previous high from June,” added BlackRock.

Over the near term, QQQ and QQQM could face headwinds tied to the Fed and September’s long-running reputation for being the worst month of the year for equities. However, those near-term dynamics could belie attractive long-term opportunities with QQQ and QQQM and the funds’ member firms.

“Given this dynamic, I would use September weakness to add to rather than retreat from the space. But rather than try to bottom-fish in the most volatile and speculative names, I would focus on stable growth names, i.e., those companies with consistent earnings, high cash flow generation and strong pricing power,” concluded BlackRock.