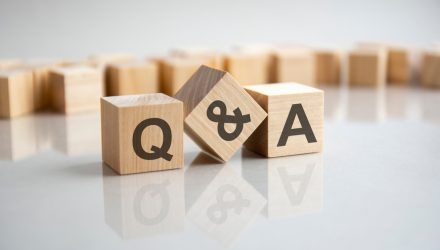 Query the Qs for Some Value

With growth stocks stumbling this year, value is emerging in some surprising places. Among those are mega-cap, growth-heavy exchange traded funds.

That group includes the Invesco QQQ Trust (QQQ) and the Invesco NASDAQ 100 ETF (QQQM), both of which track the Nasdaq-100 Index (NDX). First, a disclaimer: Neither QQQ nor QQQM are value ETFs in the traditional sense. They’re not even close, as both remain chock full of stocks with the growth label.

However, amid slumps through the first half of this year, some NDX components are now members of some widely followed value benchmarks.

“Some formerly high-flying growth stocks have now fallen so far that they’re turning up in value-stock index funds,” noted Morningstar analyst Katherine Lynch. “That means investors in some value-focused exchange-traded funds and traditional index funds now hold stocks that have long been associated with growth investing: Facebook parent Meta (META), Netflix (NFLX) and PayPal (PYPL). At the same time, some growth-stock ETFs are no longer holding those names.”

In fact, Facebook parent Meta Platforms (NASDAQ:META) — a marquee component in both QQQ and QQQM — is now a top five holding in the Russell 1000 Value Index. The aforementioned Netflix and PayPal are both NDX components and thus member firms in QQQ and QQQM.

Meta “stock has plunged 50% this year. Netflix is down 68% and PayPal is off 58.8%. Those falls have also made them value stocks by Russell’s methodology. Technology stocks will comprise roughly 9% of the index, according to Russell, up from 7.4% before the changes,” added Lynch.

Again, QQQ and QQQM aren’t pure value ETFs, but an array of the ETFs’ other holdings are currently viewed as undervalued by analysts. Those include cybersecurity stocks and some semiconductor equipment makers. Among undervalued chip equipment names are Applied Materials (NASDAQ:AMAT), Lam Research (NASDAQ:LCRX), and KLA Corp. (NASDAQ:KLAC), all of which are QQQ and QQQM holdings.

While there is some value to be had in QQQ and QQQM, there’s no getting around the fact that these are growth ETFs. That could be a favorable trait if the economy contracts, compelling investors to embrace companies with stronger rates of earnings and sales growth.

“Growth stocks have higher readings on earnings and sales ratios, for example, and low dividend yields. Companies that end up at the lower end of the spectrum on these metrics land in the value category, and in the middle, core,” concluded Morningstar’s Lynch.