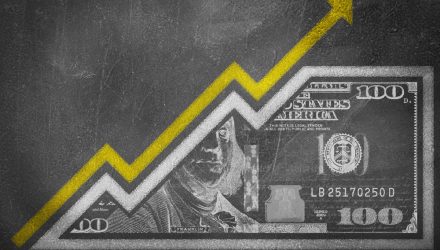 QQQS Place to Be for Inexpensive Growth

Not surprisingly, much of that sentiment is directed to large- and mega-cap stocks and the ETFs heavy on those names because mega-cap growth stocks are the ones enduring the brunt of the punishment this year. However, there’s no denying that small-cap stocks are cheap — really cheap.

That scenario could draw attention to a variety of ETFs, including the Invesco NASDAQ Future Gen 200 ETF (QQQS). Owing to its DNA, the newly minted QQQS is likely to be viewed as a growth ETF, but that doesn’t mean it’s richly valued. Good news: It’s hard to find stretched valuations in the small-cap space today.

QQQS follows the Nasdaq Innovators Completion Cap Index, which is intended to be an extension of the Nasdaq 100 Index and related benchmarks. The fund is home to 198 stocks. As noted above, that implies that the Invesco ETF is likely to be growth stock-heavy.

Just 23.51% of the new ETF’s roster are classified as growth stocks, but that’s all right because many of those names are inexpensive relative to historical norms. On the other hand, over 32% of the ETF’s components are classified as value stocks. That’s a plus for long-term investors because small-cap value is a potent combination over long holding periods. Speaking of value, small-caps are currently offering unusual amounts of it.

“The trailing 12-month price/earnings ratio for the Morningstar US Small Cap Index—a collection of the smallest 7% of U.S. stocks, each with current market caps of no more than $18.7 million—currently lies at 12.6, while the large-cap index’s price/earnings ratio is 20.2. A gap this wide between large- and small-cap valuations hasn’t been seen since 2002,” according to Solberg.

According to Morningstar, healthcare and consumer discretionary are among the sectors with significant concentrations of undervalued small-cap stocks. Those two groups combine for over 60% of the QQQS portfolio. Utilities is the only sector where small-caps are considered overvalued, and that group isn’t represented in QQQS.