You are at:Home»ETF Education channel»PBW Sees Opportunity in a World Still Dominated by Oil 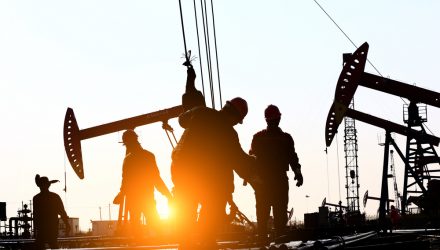 PBW Sees Opportunity in a World Still Dominated by Oil

A few months past its sixteenth birthday, the Invesco WilderHill Clean Energy ETF (PBW) is one of the more battle-tested renewable energy exchange traded funds on the market today.

Although it’s one of the more seasoned options in this category, the Invesco ETF still provides ample exposure to some of the macro themes driving the renewable energy investment thesis, including declining costs and plenty of room with which to seize market share from coal, oil, and gas.

“Viewed in this way, renewable costs can fall by more than expected, either because the buildout of renewables is greater—hence allowing for ‘more learning’—or because costs fall by more for a given level of buildout—’faster learning,'” he notes. “Our analysis shows that the biggest factor accounting for the larger-than-expected falls in renewables costs is ‘faster learning’—which explains around three-quarters of the error on wind costs and two-thirds for solar costs.”

Also pertinent to the PBW thesis is that declining costs are having a positive impact in terms of adoption. Take the cases of solar and wind – the two clean energy concepts many investors are most familiar with, and two that are heavily represented among PBW’s 68 holdings.

Despite the global economic calamity caused in 2020 by the coronavirus pandemic, installations of solar and wind systems surged, according to the BP study. The pace of those installations is forecasted to be brisk for some time.

“In BP’s Rapid and Net Zero scenarios, wind and solar capacity increase at an average annual rate of around 14% and 18%, respectively, over the next 10 years. So, the current pace of growth is broadly on track with those scenarios,” notes Dale.

Even with that, the renewable shares of the global power market remains small. Data indicate biomass, geothermal, solar, and wind energy combined for just 6% of global energy consumption in 2020. Meanwhile, oil, coal, and natural gas combined for 83%.

Another point in favor of the Invesco ETF is the sheer dollar figures necessary to move renewable energy along. The International Energy Agency (IEA) previously noted that in order to reach net zero on the carbon front by 2050, spending on renewable energy technology needs to reach $4 trillion annually by the start of the next decade and continue on or even exceed that level for the subsequent two decades.