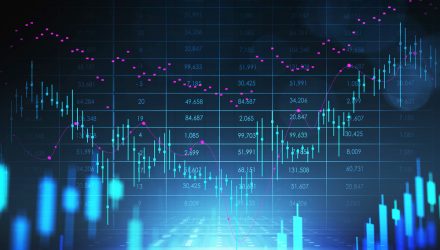 As investors well know, the technology sector is encountering some volatility to start 2022, but that doesn’t erode the long-term case for the group.

Some analysts argue that the sector’s fundamentals and long-term outlook remain attractive, noting that the recent pullback made some valuations appealing for the first time in years. That could mean that exchange traded funds such as the Invesco NASDAQ 100 ETF (QQQM) should not be ignored.

“The tech companies we rate performed well in the December quarter and generally have bullish outlooks for 2022. Enterprise spending is picking up as companies release pent-up demand and as management teams gain confidence in the macroeconomic picture with the omicron wave waning and strong employment figures,” notes S&P Global Ratings.

QQQM follows the Nasdaq-100 Index (NDX), and the Invesco ETF isn’t a dedicated technology fund, but its underlying index is tech-heavy. To that end, QQQM allocates almost 51% of its weight to the tech sector and six of its top 10 holdings hail from that sector.

That’s a strong indication that QQQM is positioned to benefit from trends including rising enterprise spending, cloud computing and cybersecurity expenditures, and demand from the automotive industry, among other longer-ranging catalysts.

“Automotive and industrial markets are gobbling up available supplies that have been short in recent quarters, and even after supply eventually increases enough to meet their production needs, orders will remain strong as they rebuild dwindled inventory, helping NXP Semiconductors N.V. and Texas Instruments,” notes S&P.

Those two semiconductor stocks combine for 1.57% of QQQM’s roster. Communications spending, including 5G, is another pertinent catalyst for QQQM tech holdings.

“Communications spending is strong as wireless carriers build out their 5G networks, which has taken longer than some had expected following increasing penetration of 5G phones. Ciena Corp., Juniper Networks Inc., Lumentum Holdings Inc., and II-VI Inc. should benefit. 5G handsets are still growing fast, with Qualcomm Inc. estimating that 750 million 5G units will sell in 2022 compared with 535 million in 2021, as new Android models roll out,” adds S&P.

Broadcom (NASDAQ:AVGO) and Qualcomm (NASDAQ:QCOM) combine for 3.52% of QQQM’s roster. Beyond its large tech exposure, the $3.72 billion QQQM allocates a combined 34% of its weight to the communication services and consumer discretionary sectors, which are two groups that some analysts say are currently home to some attractively valued growth stocks.