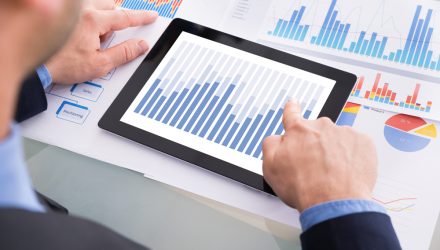 Good News for These ETFs: Investors Are Buying Tech Stocks

It’s been a lousy year for growth stocks with the technology sector ranking as one of the most egregious offenders, but after more than nine months of struggles by the once-beloved group, some investors are revisiting tech stocks. That could be positive news for an assortment of exchange traded funds, including the Invesco QQQ Trust (QQQ) and the Invesco NASDAQ 100 ETF (QQQM).

In recent weeks, hedge funds and retail investors have been dedicated buyers of individual tech stocks. “Over the last three weeks, inflows into single stocks (as a % of S&P 500 market capitalization) were in the 99th percentile of history since ’08 and two standard deviations above average, and still in the 92nd percentile excluding corp. client buybacks,” wrote Bank of America strategists Jill Carey Hall and Savita Subramanian in a recent report.

QQQ and QQQM both track the Nasdaq 100 Index (NDX), a benchmark that’s significantly more tech-heavy than the S&P 500. For example, the Invesco ETFs each allocate 49.46% of their respective weights to the technology sector. That compares with 26.41% in standard S&P 500-tracking ETFs. In other words, market participants’ renewed affinity for tech stocks could be a credible catalyst for QQQ and QQQM.

“Prior times 3-wk. single stock flows as a % of mkt. cap were this extreme were followed by above-avg S&P 500 returns over the subsequent 1/3/6/12 months (i.e. wasn’t a contrary indicator),” Hall and Subramanian added. “But as a caveat, most prior instances of extreme (+2 st. dev.) inflows following the Global Financial Crisis typically were preceded by extreme (-1 st. dev.) outflows in the several months prior – not the case this time. Cumulative $ inflows YTD have also been the most positive in our data history.”

The Bank of America strategists also pointed out that there have been inflows to technology names for five straight weeks, with communication services and healthcare joining that party. The latter two sectors combine for almost 23% of the QQQ and QQQM portfolios.

Market participants have been selling energy and financial services names, but that’s not a major concern to QQQ and QQQM investors because the Nasdaq 100 features no financial services exposure and, currently, no energy exposure.