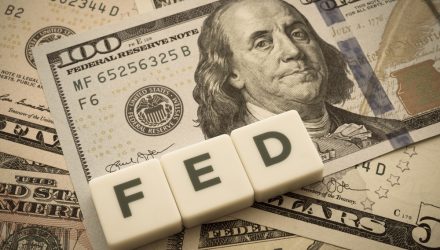 Everything Advisors Need to Know About Upcoming Rate Hikes

Back in December, the dot plot — the chart that the Fed uses to illustrate its outlook for interest rates — predicted that there could be four rate hikes in 2022. Now, that has almost doubled to seven rate hikes; however, it is still possible that the Fed does not have to be so aggressive in order to combat inflation.

“It’s easy to release an aggressive dot plot and it’s easy to talk tough in press conferences and speeches,” Kristina Hooper, chief global market strategist, Invesco, wrote in an insight. “But it’s a lot harder to actually raise rates seven times in the course of one year and four times in the following year and increase the risk of choking off the economic cycle.”

Fed Chair Jerome Powell said last week that every meeting is a live meeting, and thus, the Fed would consider the evolving conditions and move more quickly to remove accommodation, if that is deemed appropriate.

In a speech delivered to the National Association of Business Economists on March 21, Powell said that the Fed must move “expeditiously” to get to the neutral rate or possibly move beyond the neutral rate to a more restrictive level. He is not alone; other Federal Open Market Committee members have also been talking tough in recent days, according to Hooper.

“Sometimes tough talk can do the trick – if you signal to the market and the economy that you’re going to be resolute and do whatever it takes to reach your policy goal, sometimes you can get away with less than if you’d been more restrained in your rhetoric,” Hooper wrote.

Hooper wrote that she thinks the Fed is fearful of the consequences of its dot plot coming to fruition, which increases the risk of recession, and is hoping that with a stronger commitment to a higher, faster rate path in the dot plot, it may well help keep inflation fears at bay, reducing the need for such a severe tightening.

There are several reasons why Hooper foresees inflation could be peaking soon, including the reduction in federal spending that is occurring in 2022, the reduction in M2 money supply, and the fact that inflation can be self-curing — high prices reduce demand which helps ease the pressure on prices.

Investors are understandably unsure about what, if anything, they should be doing with their portfolios to navigate the current economic landscape; however, pulling out of stocks might not be the right move, especially for long-term investors.

The Invesco QQQ Trust (QQQ) remains a favored offering, and as it trades at a discount to its moving average, investors have the opportunity to add exposure to a highly regarded fund at a significant discount.