You are at:Home»ETF Education channel»Why Equal Weight ETFs Have Been Beating Out the S&P 500 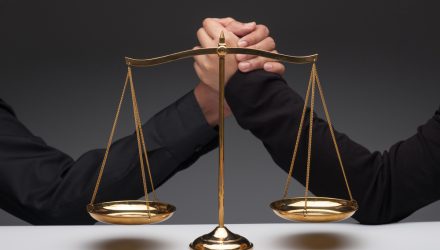 Equal weight is one of the oldest alternatives to traditional cap-weighted benchmarks, and the Invesco S&P 500 Equal Weight ETF (RSP) has long been one of the lynchpins among equal weight exchange traded funds.

That’s one indication RSP helps investors capitalize on trends such as the return of cyclical stocks and the reflation trade.

“We have already seen a steepening yield curve with longer-dated bond rates rising – this could temper the strong run up in growth-oriented stocks,” according to S&P Dow Jones Indices. “Near the end of last year, the move from growth stocks to more value-oriented cyclical stocks, and the move from large-cap stocks to small/mid-cap stocks started to occur. Many of these stocks, especially names in the S&P 500®, will tend to benefit more from the economy and society reopening.”

Among more benefits of equal weight strategies is an ability to mute some of the correlation risk associated with cap-weighted funds – something that’s increasingly important as a smaller number of stocks take on larger weights in the cap-weighted index.

On that note, S&P 500 correlations are historically high, leading advisors to examine alternative options. Additionally, history confirms equal weighting is the way to go when the economy is emerging from a crisis or recession, as it is today.

“After the significant decline from the tech bubble and global financial crisis, the S&P 500 ® Equal Weight Index showed significant excess return, as cyclical stocks, along with smaller names in the index, outperformed the mega-cap stocks in the index,” concludes S&P Dow Jones.