You are at:Home»ETF Education channel»Drop the Factor Timing Act and Ride the ‘RPV’ Rally 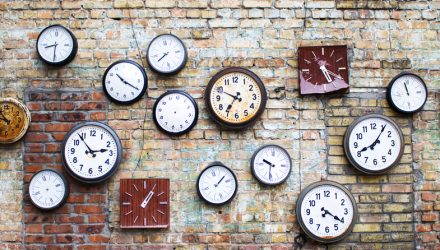 Drop the Factor Timing Act and Ride the ‘RPV’ Rally

By now, many investors know that value has been the king of investment factors this year. Up 32.25% year-to-date, the Invesco S&P 500® Pure Value ETF (RPV) proves as much.

Some investors currently mulling value exposure may be concerned about two things. First, how much more upside is available after an exchange traded funds jumps over 30% in less than half a year? Second, how much longer will the value renaissance last? Regarding the latter, value stocks started perking up about nine months ago, and factor leadership is often fluid.

“Since 1995, there have been six cycles when value outperformed growth. The shortest lasted only six months (between February and August 2009),” said S&P Dow Jones Indices Managing Director Craig Lazzara in a recent note. “On the opposite side of the ledger, value outperformed for more than four years between 2003 and 2007. So the nine-month duration of the current rally is meaningless in itself.”

More Thoughts on the Longevity of Value

“It’s conceptually possible that, although value outperformed for more than four years, most of the outperformance occurred in the early months, with only a small dollop for latecomers. It turns out that this was not the case; early investors did not reap a disproportionate share of value’s gains,” he said in reference to the 2003-2007 value surge.

A big reason why RPV’s run may still be in its formative stages is the fund’s nearly 44% weight to financial services stocks. Treasury yields could rise anew, boosting the sector along the way. Plus, the group is still waiting on official word from the Federal Reserve on boosting buybacks and dividends. Either way, the economy is improving and that should ease concerns about bad loans while stoking demand for new loans.

When it comes to value, “the current nine-month cycle is not remarkably long by historical standards, and if it keeps going, history gives us reason to believe that outperformance in the next period can be as good as it was initially,” concludes Lazzara.