You are at:Home»ETF Education channel»As the Dow Turns 125, This ETF Gives It a New Spin 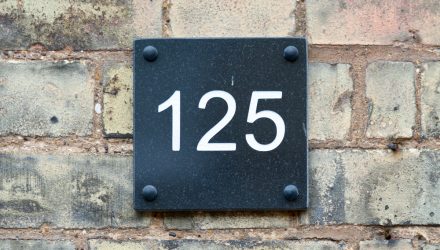 As the Dow Turns 125, This ETF Gives It a New Spin

In the world of exchange traded funds, there are plenty of ways with which to celebrate the Dow’s big birthday. That group includes the Invesco Dow Jones Industrial Average Dividend ETF (DJD).

DJD follows the Dow Jones Industrial Average Yield Weighted Index. That’s a unique spin on the traditional Dow, which weights components by price tag. That means the member firm with the highest price commands the largest percentage of the index and so on. As of May 26, UnitedHealth (NYSE: UNH) is the traditional Dow’s biggest component at a weight of 7.92%.

DJD, which turns six years old in December, takes a different tact. Its holdings are weighted by trailing 12-month dividend yield, meaning a company must be a dividend payer to be included in the fund in the first place. That requirement means 2020 dividend offender Boeing (NYSE: BA) isn’t a part of the DJD roster.

Also excluded are Salesforec.com (NYSE: CRM) and Walt Disney (NYSE: DIS). Like Boeing, Disney was a 2020 dividend offender. Salesforce, one of the newest additions to the Dow, doesn’t pay a dividend.

DJD lives up to its yield-seeking billing. The Invesco ETF sports a dividend yield of 3.21%, well above the 1.77% on the traditional Dow. With interest rates low this year and some high-dividend sectors bouncing back, DJD is getting a lift. As of May 27, it’s up 16.53% year-to-date, an advantage of almost 430 basis points over the standard Dow Jones Industrial Average.

DJD has other benefits that are relevant in the current market environment. In recent years, the Dow has taken on more of a growth profile by adding names such as Apple (NASDAQ: AAPL) and Microsoft (NASDAQ: MSFT).

That’s great when low-yield growth stocks are in favor, but today, value is handily beating growth. Nearly 65% of the Invesco fund’s roster are classified as value stocks. Just 5.11% carry the growth tag.

That doesn’t mean DJD is light on tech stocks – that’s actually the ETF’s largest sector allocation at 19.13%. However, yield weighting makes for different component weights within the DJD sector profile. For example, Apple accounts for less than 1% of the fund.