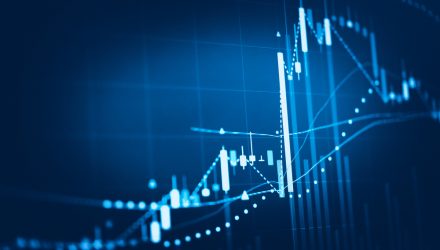 While the exchange traded fund’s name changed, it remains one of the premier avenues for accessing a broad portfolio of taxable municipal bonds, and with some market observers seeing signs of life in the often overlooked Build America Bond arena, BAB may warrant consideration from income-oriented investors.

“The issuance of taxable municipal securities has leapt to record levels since mid-2019 against a post-tax-exempt advance refunding backdrop of historically low rates, persistently low municipal-to-U.S.-Treasury ratios, and heightened interest from an expanding global pool of investors,” reports The Bond Buyer.

Typically, income investors embrace municipal bonds due to federal and state tax benefits. BAB holdings dwell in a different part of the municipal debt tax spectrum. Taxable munis are issued by cities and other issuers for projects with narrow use. For example, some cities have issued taxable munis to fund sports stadiums.

Due to the narrow use of such a venue, the income from those bonds is taxed whereas a state’s general obligation bonds, which usually fund projects seen as beneficial to large segments of the population, earn investors tax breaks.

As a result, the Build America Bond market, which hasn’t really been in the spotlight since immediately following the global financial crisis, is sparsely populated. Morgan Stanley sees opportunity for that to change.

“We see scope for a new BABs program to create up to $880 billion of issuance over five years from inception,” according to the bank.

The $2.37 billion BAB, which tracks the ICE BofAML US Taxable Municipal Securities Plus Index, holds 610 bonds. Plans to resuscitate the Build America Bond market could lead to the Invesco fund eventually replenishing and refreshing its lineup.

There are also some political implications to consider. On Capitol Hill, there’s bipartisan support for revisiting Build America Bonds, but states are expressing concern because they want to know what their tabs will be.

“A group of 21 Senators propose including so-called direct-pay municipal bonds in a $579 billion package designed to spur construction on roads, bridges and other projects, and its bipartisan sponsorship is raising hopes of passage. The direct-pay provision is being closely watched by municipal borrowers, investors and bankers because of its similarities to the Build America Bonds program, which spawned $180 billion of debt sales in 2009 and 2010,” according to Bloomberg. 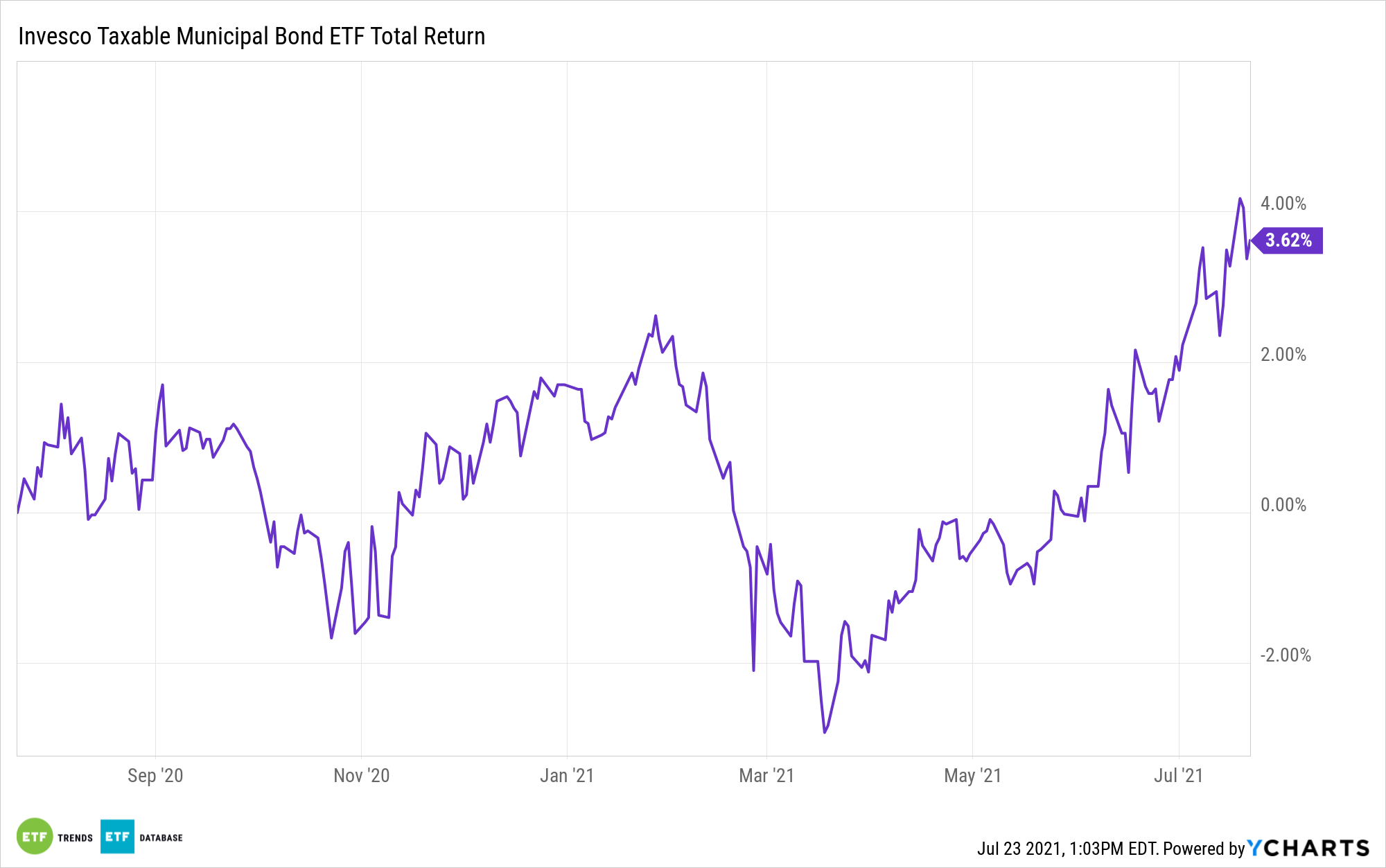