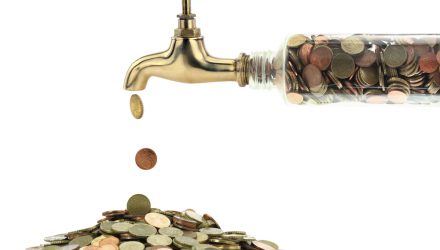 A PHOnomenal Idea for Water Investing

With rain hard to come by in the western U.S. and multiple states in the region experiencing severe drought conditions, water infrastructure, resources, and rights are in the spotlight.

In the investment arena, the impact of those issues and the drought is palpable. Just look at the Invesco Water Resources ETF (PHO), which is higher by almost 26% year-to-date and is currently residing near record highs. The $1.97 billion PHO follows the NASDAQ OMX US Water Index.

That index “seeks to track the performance of US exchange-listed companies that create products designed to conserve and purify water for homes, businesses and industries,” according to Invesco.

The field of water funds, including ETFs and mutual funds, is larger than many investors realize, and the space is growing thanks to several recent additions, but PHO is standing the test of time. Home to to 38 stocks, the Invesco ETF carries a five-star Morningstar rating and turns 16 years old in December. 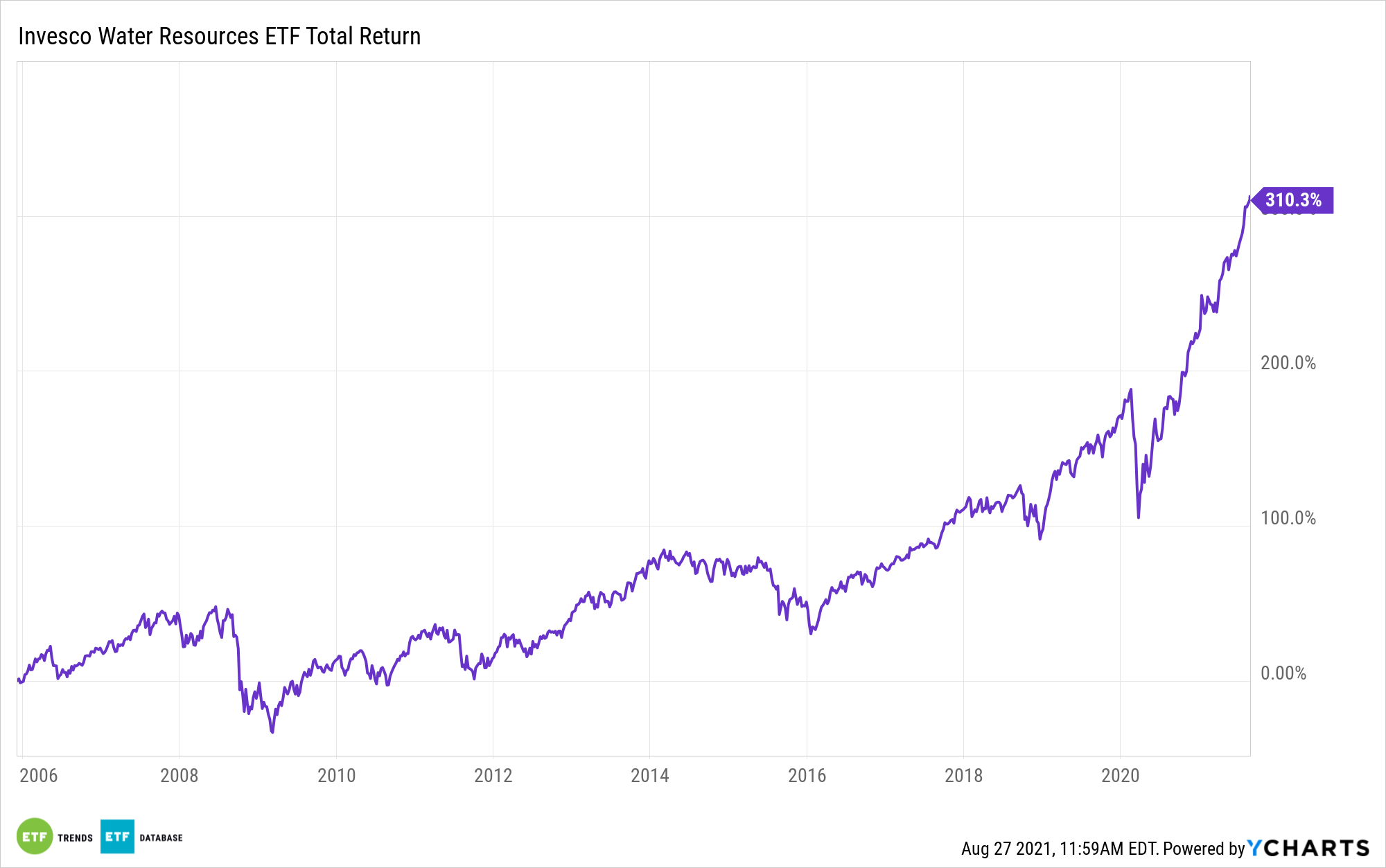 “There are roughly 65 water funds globally that have about $35 billion in assets under management. It’s a niche that’s been around for a while, but it’s one that continues to grow as concerns about climate-change-induced water shortages, and interest in investing in ways to adapt to or avert them, grow,” writes Morningstar analyst Bobby Blue. “Money managers have launched six new water funds over the past year, and the group has seen inflows of $3.9 billion during that period.”

Like many water ETFs, PHO features a steady diet of industrial and utilities stocks, with some other stocks mixed in. As such, PHO is highly correlated to the S&P 500 Industrial and Utilities indexes. Some of the funds biggest holdings, including industrial conglomerate Danaher (NYSE:DHR) and Roper Technologies (NYSE:ROP), are frequently found in rival funds.

However, as Morningstar’s Blue notes, those companies don’t derive a significant percentage of sales from water-related businesses. On the other hand, finding purity with water investments is difficult. Water rights aren’t investable to the general public, and there are dedicated water equities for investors to consider, leaving an option like PHO as one of the more desirable ideas in this space.

“There are few pure-play water companies, with conglomerates that oversee broad business units controlling much of the innovative technology in the space, and heavily regulated utilities doing the buying, selling, and treating of water,” said Blue.

Due to the dearth of dedicated water equities, PHO isn’t a large-cap-heavy fund. Actually, the ETF could be a good idea for investors looking for some mid-cap exposure as stocks in that group account for over 46% of the fund’s roster. Small-caps represent another 31%.