You are at:Home»ETF Building Blocks Channel»U.S. Government Plans to Scale Up Solar 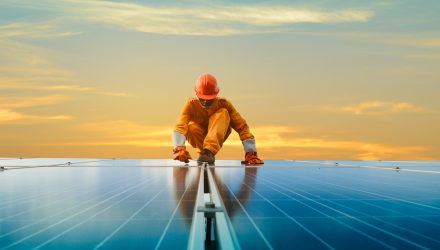 Large-scale solar power has long been plagued with challenges as technology developed; however, wind and solar power are now the cheapest forms of new-build electricity generation in most of the world.

U.S. President Joe Biden has set a goal for 100% clean energy in the U.S. by 2035. In order to reach this goal, solar deployment would need to accelerate three to four times faster than it currently is by 2030, according to a White House fact sheet. Large-scale decarbonization of electricity could result in 40% of energy coming from solar, as opposed to the present 3%.

The U.S. has also said that it will look into reducing land costs for solar and wind power developers on federal land. Land costs such as lease rates and fees have traditionally been high and discouraged investment in the sector.

Senior renewables analyst at Rystad Energy, David Dixon, told Power Technology that he is “extremely bullish” on the prospects of the renewable energy sector, but also notes that the transition to renewable energy will take time.

However, more favorable regulations and regulatory incentives for solar power providers and other renewable energy companies are likely as urgency around climate change continues to increase, meaning that solar may see quickly rising demand in the next few years.

ACES has an expense ratio of 0.55% and currently has $867.6 million in assets under management.