You are at:Home»ETF Building Blocks Channel»The Dog Days Are Over: Cozy Up to Cyclicals with SDOG 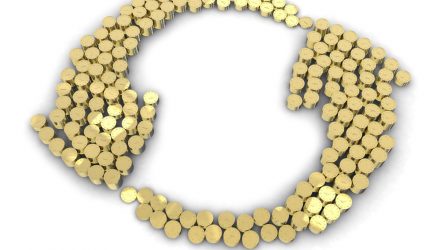 The Dog Days Are Over: Cozy Up to Cyclicals with SDOG

Cyclical sectors are perking up and dividends are on the mend following a rough first half of 2020. That could be the perfect storm for the ALPS Sector Dividend Dogs ETF (SDOG).

SDOG tries to reflect the performance of the S-Network Sector Dividend Dogs Index, which applies the “Dogs of the Dow Theory” on a sector-by-sector basis using the S&P 500 with a focus on high dividend exposure. SDOG’s equal-weight methodology is important because it reduces sector-level risk and dependence of some groups that are considered to be imperiled value ideas.

SDOG, a yield-based strategy, equally weights sectors, but that doesn’t diminish its allure as avenue to rebounding cyclical and economically sensitive groups.

“During the past three months market performance has been more nuanced than during the growth led rally of the spring and early summer,” according to BlackRock research. “While U.S. growth stocks continue to outperform, many cyclical stocks have also been beating the market. Materials and industrials have been two of the best performing sectors.”

The SDOG ETF: Value Regardless of Stimulus

Another benefit of SDOG is its exposure to the value factor, which could be in play following the upcoming presidential election. Cyclical sectors stand to rebound now that it’s clear Joe Biden will be the 46th president of the United States.

Bolstering the case for SDOG is that the new ETF’s near-term fortunes aren’t necessarily tethered to another round of economic stimulus. That’s a positive sign because there are no guarantees that scenario will actually come to pass.

“While some additional stimulus is arguably necessary, the growing likelihood of a vaccine suggests that this may take the form of a temporary stopgap,” according to BlackRock. “In the meantime, the economy has momentum. Since August the economy has created +900k jobs per month. Although this represents a slowdown from the summer gains, recent improvements have been enough to push the unemployment rate down to 6.9%. By comparison, during the last recession it took approximately three years for the unemployment rate to fall below 7%.”

SDOG does an admirable job of mixing cyclical and defensive exposure, potentially mitigating some of the bumpiness that comes along with investing in economically sensitive stocks.