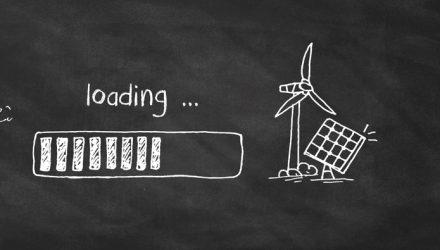 The Case for Investing in the Energy Transition Portfolio

Investors are increasingly looking to couple investments in carbon-based sources of energy, such as crude oil and natural gas, with investments in renewable energy sources, such as wind, solar, and fuel cells, to fully capitalize on the energy transition.

The growth of renewable capacity is forecast to accelerate in the next five years, accounting for almost 95% of the increase in global power capacity through 2026. Importantly, the energy transition will rely heavily on existing infrastructure, especially natural gas, which made up 24% of primary energy consumption in 2020, according to IEA, World Energy Model, October 2021.

Investors can diversify their portfolios and maximize potential upside by investing in both sides with the Alerian MLP ETF (AMLP) and the ALPS Clean Energy ETF (ACES), which offer complementary exposure to the energy transition.

Investors are attracted to U.S. midstream exposure for several reasons: the U.S. is the world’s largest producer of oil and natural gas with significant reserves; natural gas prices, along with natural gas liquids (NGLs), have significantly recovered this year amid improving demand; and natural gas demand is forecast to grow through 2030 with continued infrastructure build-out, according to ALPS.

While many countries are leading the charge toward reaching carbon neutrality by 2050, these renewable goals are ambitious and cannot fully displace the value of crude oil and natural gas to the global economy, according to ALPS. More specifically, U.S. midstream infrastructure will continue to be built to handle the increasing crude and natural gas (and NGL) export demand over the next decade, while also acting as the transportation infrastructure to a number of renewable fuels, such as hydrogen for fuel cells, renewable diesel, and ethanol.

Natural gas has been known as the bridge fuel of the global energy transition, given its cleaner composition, availability, and competitive price, thanks to increasing exports of LNG from the U.S. and elsewhere. Natural gas is also the primary feedstock in hydrogen, used to power clean fuel cells, according to ALPS.

The blended strategy — an equal split between ACES and AMLP — may offer improved risk-adjusted returns with a yield of 4.62%, and represents an alternative to choosing between high yield in the midstream MLP sector and high growth in clean energy, according to ALPS.

Other clean energy ETFs to consider include the iShares Global Clean Energy ETF (ICLN) and the Invesco Solar ETF (TAN).