You are at:Home»ETF Building Blocks Channel»The Texas Freeze Is Sending Natural Gas Prices through the Roof 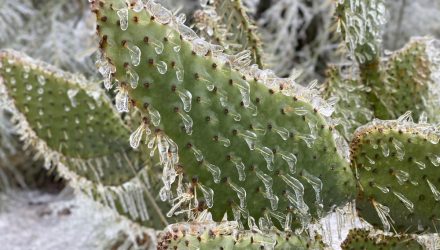 The Texas Freeze Is Sending Natural Gas Prices through the Roof

Though not directly levered to the situation, the Alerian Energy Infrastructure ETF (ENFR) traded higher Tuesday.

The ALPS ETF tracks the Alerian Midstream Energy Select Index (CME: AMEI). ENFR acts as a type of hybrid energy infrastructure ETF, which helps investors capture some of the high yields from MLPs while limiting the tax hit from solely owning MLPs.

“Natural gas for physical delivery in the U.S. was trading for as much as $500 per million British thermal units on Monday as demand for the heating and power plant fuel soared amid a deep freeze,” reports Bloomberg.

How ENFR Fits Into the Equation

It remains to be seen just how much benefit ENFR derives from the Texas freeze, but it is a reminder that renewable energy can experience bumps, and that states need to be prepared for those emergencies. Solving those situations will often make use of fossil fuels.

ENFR offers a unique way to access the U.S. energy market, giving investors seeking to avoid cap-weighted products an alternative way to bet on oil stocks. ENFR is likely too targeted for those investors with a long-term focus, but can be useful as a way to tilt portfolio exposure toward a specific sector.

“Gas at two hubs in the U.S. Midcontinent was trading at $500 per mmBtu and went for $240 at a third on Monday, according to traders. Spot gas has been trading for hundreds of dollars across the central U.S. since Thursday with a surge in heating demand triggering widespread blackouts and sending electricity prices soaring. The fuel normally trades in the region for less than $3 per mmBtu,” according to Bloomberg. 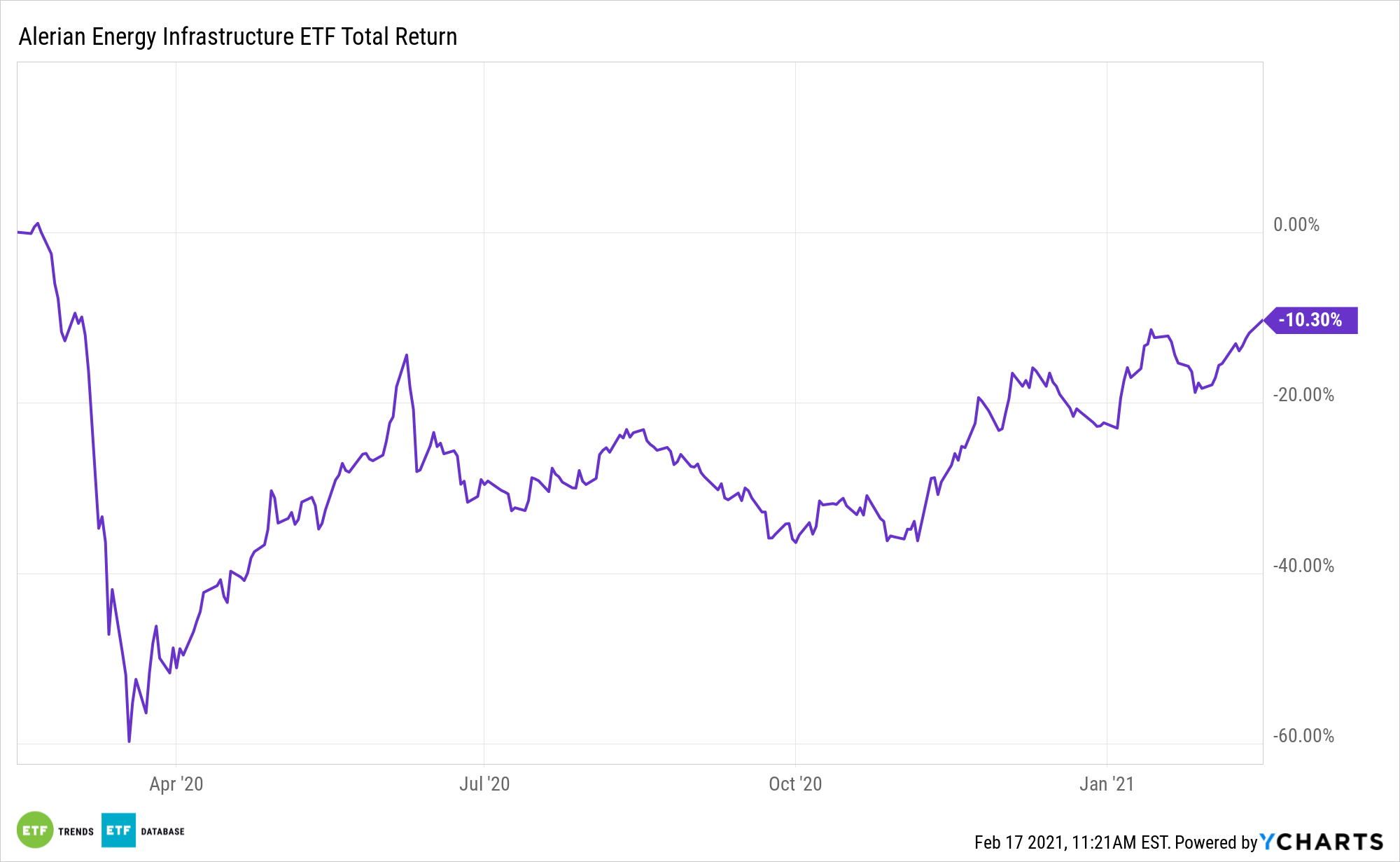 MLPs primarily deal with the distribution and storage of energy products, so their business model is less reliant on the commodities market. Consequently, MLPs have historically shown a weaker correlation to energy prices over longer periods, as they act like energy toll roads, profiting on the volume of oil moving through their pipelines.