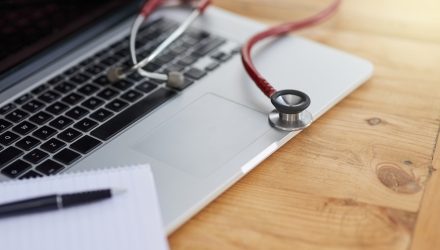 The ALPS Medical Breakthroughs ETF (SBIO) was ALPS’ top-performing ETF in August, propelled by positive earnings and M&A announcements in the portfolio.

SBIO increased 8.65% on a total return basis between August 1 and August 31. During the same period, the SPDR S&P Biotech ETF (XBI) increased by 5.32%, and the iShares Biotechnology ETF (IBB) decreased by 0.66%, according to YCharts. 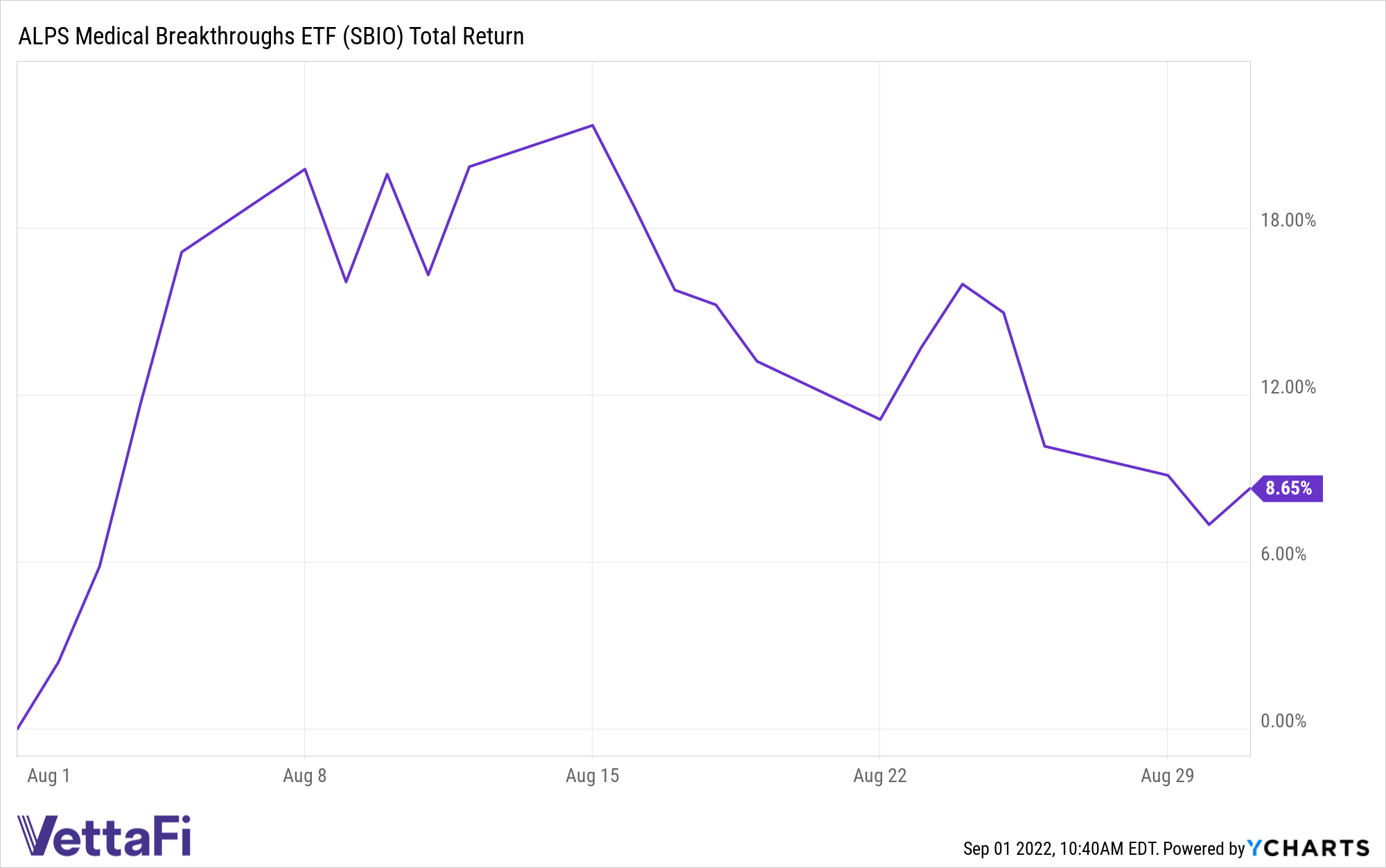 U.S. equities began August continuing in rebound mode but reversed course to end the month in negative territory after a hawkish Fed and recession fears weighed on investors. The S&P 500 posted a loss of 4%, while the S&P MidCap 400 and S&P SmallCap 600 performed similarly with 3% and 4% declines, according to recent S&P Dow Jones Indices commentary.

SBIO’s small-to-mid cap holdings were beaten down in the first half of the year but, as history suggests, depressed valuations in the space ignited a wave of M&A in early August, leading SBIO to outperform its competitors and broader equities markets, ALPS wrote in an August insight.

SBIO’s early August rally was led by the news of immunotherapy company, ChemoCentryx Inc. (CCXI, 1.79% weight as of August 5), surging 113.89% after Amgen Inc. (AMGN, not in SBIO) announced it would acquire the company for $3.7 billion, or a 115% premium to its prior day close, according to ALPS.

Global Blood Therapeutics Inc. (GBT, 2.07% weight as of August 5) also propelled mid-cap biotech last month on reports that the company, which produces a recently-approved immunotherapy for sickle-cell disease, may be acquired by Pfizer Inc. (PFE, not in SBIO) for an estimated $5 billion, or a 118% premium to its prior day close, ALPS wrote.

SBIO screens for small- to mid-cap biotech companies with at least one drug or therapy in Phase II or Phase III (late-stage) clinical trials. According to ALPS, late-stage drug trials can potentially capture greater odds of success as they are further along the Food & Drug Administration’s drug trial process.

Constituents in SBIO must have at least 24 months of cash burn on hand, which helps protect against the equity dilution that comes with raising capital to support drug trials, according to ALPS. SBIO’s underlying index, the S-Network Medical Breakthroughs Index (PMBI), has a weighted average cash burn of 38 months that continues to exceed peer biotechnology indexes and is a distinguishing defensive characteristic for the fund.