You are at:Home»ETF Building Blocks Channel»Renewable Energy Supported by Both Parties and That’s Good for ACES 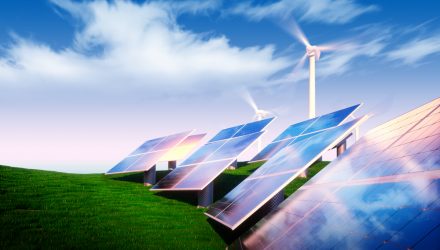 Rare are bipartisan issues these days, but renewable energy may be getting there and that could be an added bonus for already high-flying exchange traded funds, such as the ALPS Clean Energy ETF (ACES).

While Democrats are often viewed as the party championing clean energy, some Republicans, including new members of Congress, are in favor of the concept, though with more modest proposals.

Representative-elect Cliff Bentz of Oregon, who will fill the seat held by retiring House Energy and Commerce Committee Chairman Greg Walden, R-Ore., “has advocated other climate solutions, including carbon capture and sequestration and the development of solar energy, according to an August 2019 story by The Dalles Chronicle,” reports S&P Global Market Intelligence.

ACES is coming off a year in which it more than doubled and was one of the best-performing non-leveraged ETFs of any variety. Much of that performance was attributable to Joe Biden winning the presidential election. However, ACES and its peers can potentially generate more upside as clean energy garners support in both parties.

“Florida voters elected a handful of new Republicans who have pledged to help coastal areas in the state prepare for the impacts of climate change, including through increased infrastructure investment. Those incoming members include Carlos Gimenez, who previously served as mayor of Miami-Dade County, and journalist Maria Elvira Salazar, both of whom defeated Democratic incumbents,” according to S&P Global.

Many of the freshman congressional Republicans oppose carbon taxes and favor private investment in renewable energy, indicating their view of the issue is less audacious than those held by their counterparts on the other side of the aisle. However, if the two parties can meet in the middle on renewable energy policy, ACES still offers plenty of potential for investors.