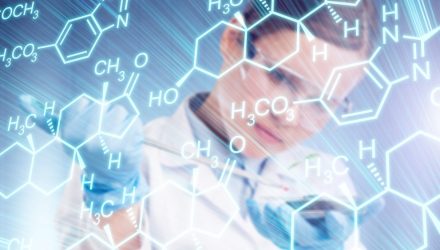 Biotechnology stocks and exchange traded funds have frustrated investors for over a year now, but some analysts and experts believe that this gloomy trend will end soon.

Investors willing to take that bet have an array of ETFs to evaluate. In particular, they might want to get to know the ALPS Medical Breakthroughs ETF (SBIO).

“Over the past three years, the public markets have been flooded with risky, early-stage biotech firms, and generalists who rushed into the sector got a quick lesson in the risks of biotech investing. As hopes of an economic recovery rose, investors fled biotech, and the valuations of the stocks they left behind tumbled,” reports Josh Nathan-Kazis for Barron’s.

While SBIO is home to some youthful companies and plenty of names with the small- or mid-cap labels, the ETF is significantly less speculative than some of its rivals focusing on smaller biotech stocks because the ALPs fund mandates that member firms have at least one drug or treatment in Phase II or III clinical trials. That eliminates the volatility associated with Phase I failures. That’s a meaningful trait, as the number of publicly traded biotech companies has doubled in just seven years.

Adding to the case for SBIO is that many smaller biotech stocks are trading at unusually attractive valuations, which is a rarity for an asset class that historically sports rich multiples.

Perhaps there’s something to the valuation case, as SBIO notched a modest March gain. Small as the fund’s March upside was, a gain is better than a loss, and it could signal that some investors are willing to nibble at battered biotech stocks over the near term.

“The low valuations suggest an opportunity to buy small and mid-cap biotechs. Given the complexity of the science, and the inherent riskiness of the sector, however, it rarely makes sense for individual investors to pick individual biotech stocks,” according to Barron’s.