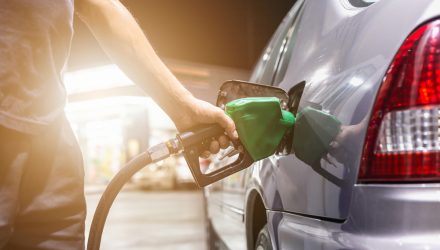 More Upside for Crude Could Fuel This ETF

During bygone eras of energy investing, a widely held belief was that investors embraced master limited partnerships (MLPs) not only for higher levels of income but also to access an asset class with lower correlations to oil prices than traditional energy equities.

That conversation is shifting. For example, the ALPS Alerian MLP ETF (NYSEArca: AMLP) – the largest MLP ETF – is proving responsive to oil price gyrations this year. AMLP, which tracks the Alerian MLP Infrastructure Index (AMZI), is up nearly 24% over the past month, confirming that it’s getting a lift from oil’s rebound.

Good news for AMLP: some analysts believe oil prices could hit $50 or even $60 per barrel before the end of 2020.

AMLP is higher by almost 5% over the past week, a period that includes news of production cut by the Organization of Petroleum Exporting Countries (OPEC).

“OPEC+ agreed to maintain their record oil cuts through July. Although Mexico will no longer reduce its output by close to 100,000 bbl/d, the other producing countries approved a one-month rollover of their 9.6 million bbl/d production cut accord,” notes S&P Global Market Intelligence. “The cuts, originally 9.7 million bbl/d, including Mexico, had been scheduled to taper to 7.7 million bbl/d in July through the rest of the year.”