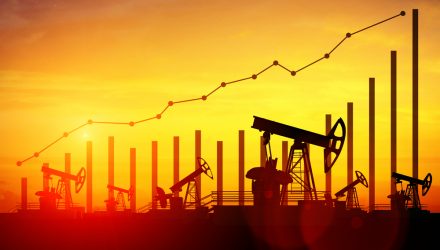 Yes, oil prices are bouncing back in dramatic fashion, but the commodity’s price is still low and this year’s slump has some market observers pondering the impact of low crude prices on renewable energy.

It can be risky getting caught up in near-term headlines without acknowledging the still strong fundamental case for alternative energy exchange traded funds, including the ALPS Clean Energy ETF (ACES).

Adding to the case for ACES is the status of the United States as a world leader in renewable energy investment and sources.

“The United States has apparently regained #1 in EY’s Renewable Energy Country Attractiveness Index (RECAI), a biannual report that has been put out since 2003,” reports Clean Technica. “We’ve been covering this index for years, and China and the USA are almost always on top. Well, one of them have been #1 for several years, and the other is normally #2. India split them up just for a couple of reports in 2017, holding the #2 spot for several months while China was #1 and the USA #3. China was actually holding onto the #1 spot since May of 2017 until this month, when the USA finally became #1 again.”

ACES takes a different approach than what is seen in other traditional clean energy ETFs. Many of the legacy funds in this space focus on one alternative energy concept, such as solar or wind power. Buoyed by double-digit growth rates in global solar installations over the next decade, ACES, with a substantial solar weight, could be a long-term winner.Another important factor in the ACES equation is its components having international exposure, which is meaningful at a time when so many market observers are discussing sliding energy investment. That may be the case when it comes to fossil fuels, but plenty of ex-US markets are bolstering renewable allocations.

In fact, spending on renewable energy is a cornerstone of the European Union’s coronavirus economic recovery plan. As another example, South Korea, one of Asia’s most advanced economies, is targeting higher alternative spending.

South Korea is on pace to boost renewables “to 40 percent of the country’s energy mix in 2034, up from 15.1 percent currently. In the meantime, the share of liquefied natural gas-fired power generation should decline from 32.3 percent to 31 percent,” according to OilPrice.com.