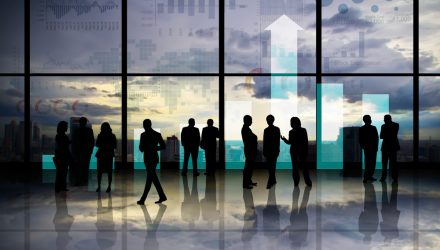 Investors Are Flocking to These 4 ALPS ETFs

The recovery rally staged by U.S. equities in July reversed course in August, with all major indexes posting losses for the month.

EQL staged an impressive comeback after falling out of favor in July, taking in $74 million in August. The $301 million fund has seen $104 million in year-to-date inflows, according to VettaFi.

EQL offers exposure to the domestic equity market but utilizes a unique methodology to access this asset class.

Each sector of the economy receives equal weight in EQL, a strategy that results in a drastically different composition relative to market cap-weighted products such as the SPDR S&P 500 ETF (SPY). EQL is designed to offer more balanced exposure and has the added benefit of avoiding the potentially adverse impact of rallies or crashes in specific sectors of the economy.

IDOG notably moved into second place after taking in $13 million in inflows during August. The fund has seen $40 million in year-to-date inflows and has $169 million in assets under management, according to VettaFi.

IDOG launched at the end of June 2013 with a mandate to provide a high dividend yield from a portfolio of stocks with a balanced sector profile. The idea is to apply a modified version of the Dogs of the Dow strategy to a global universe of stocks. The term global is also modified, as IDOG only selects stocks from developed economies, excluding the U.S. and Canada.

The fund takes the five-highest-yielding stocks from each of the 10 major sectors, for a total of 50 holdings. The goal is to eliminate the counter-cyclical sector biases present in traditional yield.

SDOG dropped to fourth place after accreting $1 million in assets. The $1.2 billion fund has seen $88 million in year-to-date inflows.

This ETF offers exposure to a strategy that is largely similar to the “Dogs of the Dow” approach, which involves a portfolio consisting of the 10 components of the Dow Jones Industrial Average with the highest dividend yields. SDOG, however, casts a much wider net by drawing from the S&P 500 as its universe of potential stocks.

The fund maintains equal allocations to each of the 10 sectors, unlike many dividend-focused products. The portfolio also consists of equal weighting to each component stock.

vettafi.com is owned by VettaFi, which also owns the index provider for IDOG and SDOG. VettaFi is not the sponsor of IDOG and SDOG, but VettaFi’s affiliate receives an index licensing fee from the ETF sponsor.