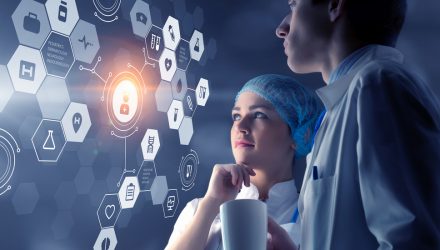 A Healthcare ETF Could Benefit From Index Reshuffling

On Friday, FTSE Russell, one of the largest providers of benchmarks used by providers of index funds and ETFs, reshuffles its widely followed indexes, including the Russell 1000 and Russell 2000, among others.

It’s expected that healthcare will see increased weights in those indexes and others and with some smaller names in the sector either graduating to larger stock benchmarks or making their debuts in small-cap indexes, ETFs focusing on smaller healthcare names could get some residual benefit. Enter the ALPS Medical Breakthroughs ETF (SBIO).

“Every year in June, markets focus on the Russell rebalance for a scorecard on the current state of the US equity markets and ‘Russell Recon’ always has an interesting story to tell,” writes Catherine Yoshimoto, director, product management at FTSE Russell. “This year is no exception, with market watchers predicting record volume for Friday, June 26—rebalance day—due to significant market shifts in recent months.”

For its part, SBIO tracks the S-Network Medical Breakthroughs Index. That benchmark caps the market value of its components at $5 billion upon rebalancing, meaning the fund focuses on mid- and small-cap fare.

“Lori Calvasina, head of U.S. Equity Strategy at RBC Capital Markets anticipates nearly half of the stocks being promoted to the Russell 1000 from the Russell 2000 will be healthcare names,” according to the New York Times.

Six initial public offerings are entering the small-cap Russell 2000, all of which hail from the healthcare sector. SBIO is up nearly 52% in the second quarter and is flirting with all-time highs after its 1.35% gain on June 22.