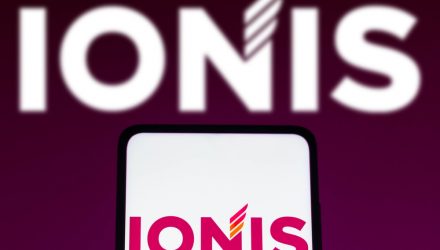 With technology ETFs taking in $3.2 billion over one month, compared to overall -$4 billion in YTD outflows according to YCharts, investors are looking for the right tech subsector in which to invest. Those on the lookout might consider the ALPS Medical Breakthroughs ETF (SBIO), a biotech ETF that may benefit from good news at its second-largest holding, Ionis Pharmaceuticals, Inc. (IONS).

Ionis recently agreed to a deal to collaborate with a California-based private company Metagenomi, which will add its gene editing capabilities to IONS’ RNA-targeting technology platform. The agreement to develop precision genetic medicines, which could hit $3 billion based on incentives, could be a catalyst for Ionis, which is up 31% YTD but down 8% over the last month.

Ionis’ desire to add DNA editing capabilities to its arsenal stem from the limits within its existing RNA-focused approach, with RNA-targeting medicines more limited to diseases in certain parts of the body. Metagenomi, by comparison, formed with an intent to improve the CRISPR gene editing technology, raised $175 million since January this year.

SBIO holds IONS at 3.5%, the third largest weight for the pharmaceuticals company among ETFs according to VettaFi. SBIO offers the cheapest exposure to the stock across the top seven ETFs by weight as well, charging 50 basis points.

Investors may well have their mind set on finding the right biotech ETF, and for good reason, with returns rising above struggles in YTD performance across the category. For those excited by the potential for gene editing, SBIO may be an option to follow in its new relationship with Metagenomi.