You are at:Home»ETF Building Blocks Channel»For the ACES Clean Energy ETF, the Winds of Opportunity Are Howling 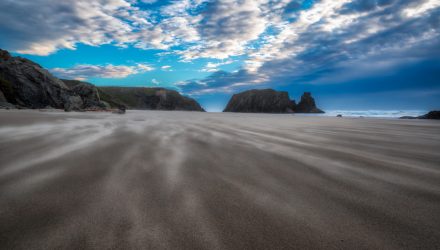 For the ACES Clean Energy ETF, the Winds of Opportunity Are Howling

Some renewable energy exchange traded funds focus on a single part of the industry. One of the primary advantages of the ALPS Clean Energy ETF (ACES) is a diverse approach that blends multiple clean energy themes.

The fund has plenty of wind energy exposure, and that’s crucial given how the domestic wind energy industry doubled installations last year.

“Developers built almost 17 gigawatts of capacity during the year, enough to power over 5 million homes, according to a report from the American Clean Power Association, a trade group,” reports Josh Saul for Bloomberg. “Most of that growth came in the fourth quarter as developers moved to complete projects before the expected expiration of federal tax incentives at year-end.”

ACES and Wind: A Potent Combination

Covid-19 certainly did a number on business sectors across the spectrum, but one area that didn’t suffer was electricity generation via wind and solar power. In fact, the use of wind and solar for electric power has doubled in the last five years, which underscores the ability for renewable energy sources to thrive.

Data confirm that wind exposure is paying off for ACES. Adding to the case for the fund is the fact that wind power installations are increasing around the world, not just in a single market.

“The U.S. now has about 122 gigawatts of operating wind-power capacity in the U.S., enough to power about 38 million homes, the report said. Texas installed the most capacity last quarter, followed by Wyoming, Oklahoma and Iowa,” according to Bloomberg. “Worldwide, the offshore wind industry saw a 56% spike in spending on offshore wind projects, according to BloombergNEF.”

Environmental, social, and governance (ESG) is becoming an integral part of the investment space, and as more investors clamor for funds that home in on these initiatives, ETF providers are scrambling to give the people what they want.