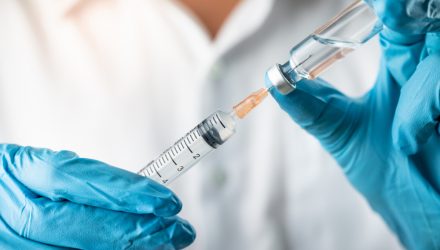 Biotechnology stocks and exchange traded funds recently retreated as some of the air came out of the coronavirus vaccine trade and amid election year jitters. The ALPS Medical Breakthroughs ETF (SBIO) wasn’t immune to that pullback, but some analysts see opportunity with biotech regardless of electoral outcomes.

SBIO is a fresh approach relative to legacy funds in the category. It’s underlying index, the Poliwogg Medical Breakthroughs Index is comprised of small- and mid-cap stocks of biotechnology companies that have one or more drugs in either Phase II or Phase III U.S. Food and Drug Administration (FDA) clinical trials.

“Healthcare policy remains a key debate in the upcoming election, but we have made no changes to our economic moat ratings or fair value estimates for our healthcare coverage based on potential changes after the election,” writes Morningstar analyst Julie Utterback.

At a time when clinical trials are increasingly meaningful, SBIO meets investor interest on that front. The ETF’s holdings have one or more drugs in either Phase II or Phase III U.S. Food and Drug Administration clinical trials. In a Phase II trial, the drug is administered to a group of 100-300 people to see if it is effective and to evaluate its safety. In a Phase III trial, the drug is given to a larger group, between 500-3,000 people, to confirm its effectiveness, monitor side effects, compare it to commonly used treatments and collect information that will allow the drug or treatment to be used safely.

Recent weakness among SBIO and other biotech ETFs isn’t necessarily surprising with Election Day looming. In fact, history confirms biotech stocks slid within two months of Election Day during the last four presidential election cycles. Additionally, there’s value to be had in the biotech space, which is rare for a group that’s usually trading at premiums to the broader market.

“We view the drug and biotech space as 7% undervalued, with investors too concerned about major policy reform. But we forecast only modest changes, such as updates to the Medicare Part D catastrophic phase payments, as the most likely, which would affect the industry by only 2% on the top line,” according to Morningstar.