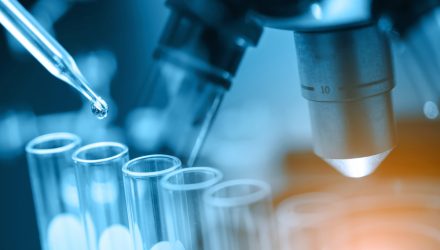 Biotech Stocks Have Colds, but They Can Heal

This year hasn’t been kind to biotechnology stocks and related exchange traded funds. The headwinds faced by these assets were ratcheted up last week when the Biden administration revealed plans to pursue lower drug prices.

As a result, the ALPS Medical Breakthroughs ETF (SBIO) lost 1.81% on the week, but that performance could be an overreaction indicating that investors might do well to not hastily abandon biotech stocks and SBIO. 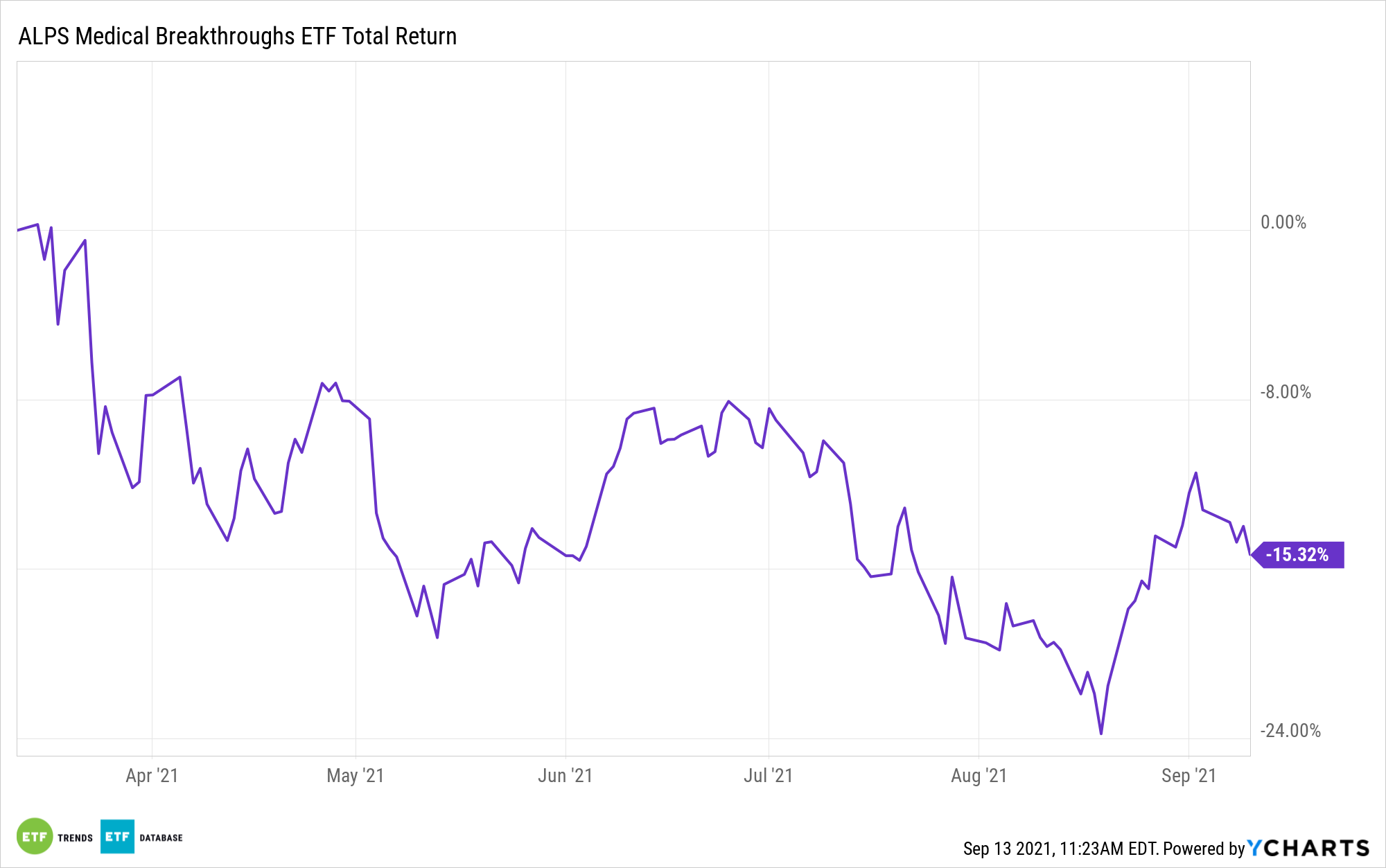 “The Biden administration announced a plan Thursday to regulate prescription-drug prices more tightly. The agenda contains some drastic moves, albeit just proposals at this point, like allowing Medicare to negotiate prices directly with drugmakers,” reports Charley Grant for the Wall Street Journal.

The drug price discussion is even more relevant regarding SBIO because the the fund’s holdings don’t exceed market values of $5 billion at the time of inclusion, and its member firms have drugs or therapies — some which could be pricey — in Phase II or III clinical trials. In other words, these companies are banking on FDA approvals and looking to avoid government-induced price mandates.

As was seen earlier this year with Biogen’s Alzheimer’s disease treatment Aduhelm, high price tags for drugs, no matter how revolutionary the treatment could be, often stir controversy and invite government interference. Biogen isn’t an SBIO component, but market participants may be perceiving that situation as a sign that the White House is ready to apply pressure on drug makers to reduce prices.

Of course, this isn’t an unfamiliar argument. Drug prices were front and center during the 2016 presidential campaign, weighing on biotech stocks and ETFs in the process. The debate later lost steam and biotech assets like SBIO put together some impressive performances as regulatory risk ebbed.

“And while investors should keep a close eye on developments in Washington, enabling Medicare to directly negotiate drug prices is an old proposal that has historically failed to gain significant traction in Congress,” according to Journal. “It’s a good time to bet that bear-market symptoms won’t last for long.”