You are at:Home»ETF Building Blocks Channel»Biotech M&A Could Finally Perk Up in 2022 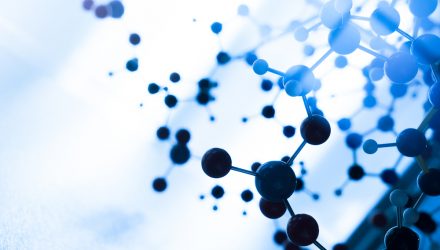 Biotech M&A Could Finally Perk Up in 2022

Broadly speaking, mergers and acquisitions in the healthcare sector were steady in 2021, but for many investors, there weren’t enough aimed at smaller biotechnology companies.

As is often the case, market observers are forecasting an uptick in biotechnology consolidation activity next year. If that prediction is accurate, there will likely be positive implications for a variety of exchange traded funds, such as the ALPS Medical Breakthroughs ETF (SBIO).

“SVB Leerink analyst Dr. Geoffrey Porges estimates that the big U.S. and European biopharma companies could have a combined $500 billion to spend on acquisitions and licensing, along with buybacks and dividends. A new wave of M&A could reawaken investor interest in biotech, making for a sunnier 2022 for the sector,” reports Josh Nathan-Kazis for Barron’s.

SBIO’s roster makes for a logical destination for big biotechnology and pharmaceuticals companies perusing potential takeover targets. Due to SBIO components being capped at market values of $5 billion upon inclusion in the fund, companies in the fund are affordable for cash-rich suitors, even when factoring takeover premiums.

“Biopharma giants are sitting on tons of dry powder. One is Pfizer (PFE), flush with Covid-19 vaccine cash. Then there’s Novartis (NVS), which will still have some money left over, even after buying back shares with the bulk of the $20 billion it earned selling a stake in Roche Holding (RHHBY). And GlaxoSmithKline (GSK) will split off its consumer-health division next year,” according to Barron’s.

Enhancing the allure of the SBIO lineup as a takeover destination for suitors is the fact that the ETF is home to smaller, more nimble research and development-intensive companies. Additionally, SBIO requires that member firms have at least one Phase II or Phase III clinical trial currently active, potentially defraying some of the risk for buyers.

Plus, there’s SBIO’s track record as a hub of takeover activity. The $188.42 million SBIO is seven years old, and over that time, more than a dozen of its components have been acquired, and there’s rarely a time when at least a few of the ETF’s member firms aren’t at the center of mergers and acquisitions rumors.