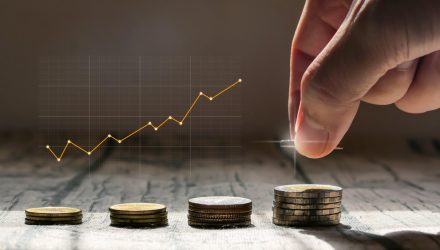 September has historically been the worst month of the year for the stock market, and this year was no exception, with all major U.S. indexes posting significant declines. Still, two ALPS ETFs, ACES and SDOG, saw inflows.

The S&P 500 posted a broad 9.34% decline last month, marking the worst September for the index since 2002, when it declined 11.00%, Howard Silverblatt, senior index analyst for S&P Dow Jones Indices, wrote on October 4. The index’s year-to-date return was -24.77% as of the end of September.

Equity ETFs took in $14.3 billion in net inflows during September compared to $28.4 billion the month prior. Year-to-date flows total $254 billion for the asset class.

The ALPS Clean Energy ETF (ACES) and the ALPS Sector Dividend Dogs ETF (SDOG) were the only funds in ALPS’ lineup of ETFs to see positive flows during September.

As investors look to capitalize on the tailwinds for clean energy, ACES took in $10 million during the month, partially offsetting year-to-date outflows totaling $38 million as of September 30. ACES saw $9 million in August inflows.

SDOG has been one of ALPS’ most popular funds all year, as measured by monthly flows. The fund took in $4 million in flows in September after accreting $1 million in August. As of September 30, the fund has seen $93 million in year-to-date inflows.

This ETF offers exposure to a strategy that is largely similar to the “Dogs of the Dow” approach, which involves a portfolio consisting of the 10 components of the Dow Jones Industrial Average with the highest dividend yields. SDOG, however, casts a much wider net by drawing from the S&P 500, tracked by the SPDR S&P 500 ETF (SPY), as its universe of potential stocks.

The fund maintains equal allocations to each of the 10 sectors, unlike many dividend-focused products. The portfolio also consists of equal weighting to each component stock.

vettafi.com is owned by VettaFi, which also owns the index provider for SDOG. VettaFi is not the sponsor of SDOG, but VettaFi’s affiliate receives an index licensing fee from the ETF sponsor.