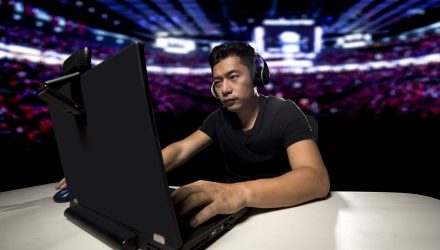 Esports Player Banned From Tournament for Getting Political

A professional video game player from Hong Kong, named Ng Wai Chung, also known as “Blitzchung,” has been banned from an elite global tournament after shouting comments in support of anti-government protests in the city. It’s just the most recent episode where a popular sport has been involved in tensions over the months-long political unrest.

With its meteoric rise and increasing popularity internationally, one question on many peoples’ minds, especially those of the older generation, is whether or not esports in general will supersede barriers and become a mainstream activity.

“No doubt it’s getting there really fast. We saw 2018 and especially 2019, a big year for video games. Lots of video game costumes that are knocking on the Halloween door. So I think the parents realize that this is pretty much a main stream activity at this point. One in three people on the planet game every month now. If you just look at what happened last weekend in Philadelphia with the Overwatch League, Grand Final sold out the Wells Fargo Center. 12 or 13,000 people [were]watching live in person. It was crazy. The average age was not 13 years old, it was probably 25 to 30 years old, and there are millions and millions of people watching around the world. So I think we’re getting there very quickly. People say you know, is this is for the future? It is pretty much the sport now. And if you go forward five or ten years into the future, this is what people have been doing for the last decade. This is their sport. This is how they hang out. This is how they spend their time. This is their passion. So they’re just gonna continue to do it as they get older,” Miller explained.

For investors looking to capitalize on the esports trend, the VanEck Vectors® Video Gaming and eSports ETF (ESPO) provides targeted access to the largest companies involved in developing and publishing video games, esports, and related hardware. The resulting portfolio is global, with heavy representation from the U.S. and Asia. Some of the names in the portfolio are more well-known than others. Most investors are probably already somewhat familiar with Tencent, Nvidia, and Nintendo.