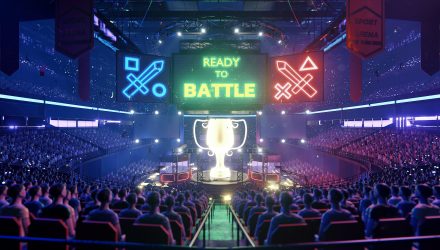 Esports ETFs Could See Uptick According To Take Two CEO

Ian Young June 15, 2020
With an increasing number of people sheltering in place in 2020 due to the coronavirus pandemic, the video gaming industry has been driven to new heights, as bored consumers look for ways to entertain themselves.
Take Two Interactive is one of the beneficiaries of that move toward increasing video game engagement. Chairman and CEO of Take Two, Strauss Zelnik, noticed that there has been an uptick in demand for video game stocks as consumers have continued to pursue playing video games online at home during the quarantine.
“There’s no doubt that we greatly benefited from people being at home with time on their hands,” said Zelnik on CNBC.
The CEO explained that he already had seen his company benefiting from gaming in 2019, but that engagement has only improved as more individuals have been sheltering in place.
“We actually entered our fourth fiscal quarter last year with the head of steam, and then obviously wasn’t handed by people sheltering at home. So we reported great numbers for fiscal 2020, we are of course now in our first quarter of fiscal 2021, and we’ve given out our initial guidance which looks pretty strong indeed,” said Zelnick.
While gaming has been something that has received a significant boost given that sports were nearly eradicated since March, and most sports fans are bored at home, with shelter-in-place restrictions easing and consumers resuming work and play outside the house, there is a question as to whether companies like Take Two will continue to have such robust growth.
“It’s tempting to be only optimistic but I’d rather use some kind of facts to answer the question. Media Consultancy company, Activate, did some homework and they said that during this period an interest in interactive entertainment has been up to something like 39%. Their expectations, based on research, is that post-crisis, when we get back to normal, and of course, at some point, we will get back to normal, that interest will still be up something like 14% versus the period prior to the shelter at home, which would be more than double the growth rate we were already enjoying. Of course, Take Two has done better than that in the fourth quarter of last year and expectations continue to be optimistic,” Zelnick added.
For investors looking to participate in esports and video game stocks using ETFs, the Roundhill BITKRAFT Esports & Digital Entertainment ETF (NERD) counts Take Two in its holdings, and is up 2.24% today, and has been on a tear since March, having gained more than 52% since then. Two other funs with Take Two Interactive are the VanEck Vectors Video Gaming and eSports ETF (ESPO), which made 1.31% Monday, and the Global X Video Games & Esports ETF (HERO), which gained 1.92%.
For more market trends, visit  ETF Trends.