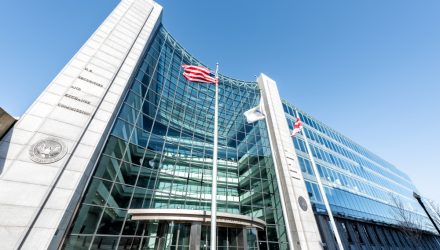 During the Trump administration, companies had been given more leeway to glance over shareholder resolutions that asked for reporting on greenhouse gas emissions and gender and racial issues in the workforce, the Wall Street Journal reports. The SEC previously issued a series of points that stated companies could omit resolutions that they argued would have applied to ordinary business or constituted micromanagement.

Shareholder resolutions are requests from company shareholders to management that are voted on among stockholders at the company’s annual meeting. While these resolutions aren’t legally binding, they can help steer companies toward changes. However, these more socially responsible resolutions can also present risks to a company since they could force management to publicly respond to requests for action on sensitive topics, like climate change and treatment of minorities and women within the company.

The SEC responds to requests from companies asking on whether it would enforce these types of recommendations.

Under the new Biden administration, the regulator could push for more proposals to reach ballots, especially as President Joe Biden has made it clear that there will be more scrutiny on climate change and racial and gender equality issues.

For example, the SEC has already showed signs of following the Biden administration’s stance and recently stated that it would monitor how ESG-oriented funds vote on shareholder ballots and open a review of how companies are disclosing risks from climate change.

Allison Herren Lee, the acting SEC chairwoman who joined the agency as a commissioner in July 2019, previously censured SEC amendments under the Trump administration that made it more difficult to file and vote on climate change issues.

“These actions collectively put a thumb on the scale for management in the balance of power between companies and their owners,” Herren Lee said. “Climate change, worker safety, racial injustice—have never been more important to long-term value.”