You are at:Home»ESG Channel»Will Asia Become the World’s ESG Powerhouse? 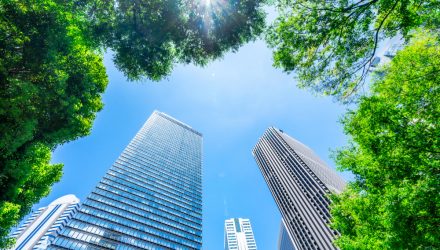 Environmental, social, and governance (ESG) investing is well on its way to becoming a permanent fixture in the capital markets. Is Asia taking the lead?

“The emergence of Asia, led by China, as the economic power house of the post-Covid world has just entered another dimension: ESG dominance,” a Bloomberg article said. “The world’s second-largest economy and its Asian peers cornered 75 cents out of each dollar of capital invested in 2020 across emerging-market stocks compliant with environmental, social and governance norms, according to EPFR Global data. The balance is shifting further in the region’s favor this year, with its share growing to 83.33 cents per dollar.”

In the U.S., big tech is taking a giant step forward in ESG adoption, but the same can be said in Asia.

“Asian nations are already the stand-out choice of global equity investors as the region has had relative success in containing the pandemic and is set to grow faster than the rest of the world in 2021,” the article added. “Adding to that advantage is the appeal of fast-growing technology companies such as Tencent Holdings Ltd. and Alibaba Group Holdings Ltd., whose carbon-light digital businesses outscore the commodity and energy producers of Latin America, the Middle East, Africa and Russia on ESG metrics.”

“There is a natural pull toward Asia,” said Claire Peck, a London-based investment specialist at JPMorgan Asset Management. “Technology companies are generally asset light businesses, which naturally mean they have better ESG credentials,” she said, adding that “if you look at Latin America and EMEA, which are much more commodities driven, then naturally technology will look better on standard ESG metrics.”

The Bloomberg article also mentioned that one of the draws of investing in Asia is the potential for growth. According to the article, Asia, is expected to expand 5.7% this year, which is the fastest among other regions like Latin America, Eastern Europe, and the Middle East.

“There is no other region in the world with the same opportunity set for investors because there is no other region with 3 billion people growing at an average 8%,” said Tom Masi, the co-portfolio manager of the emerging equity strategy at GW&K Investment Management LLC in New York. “Brazil, Russia and South Africa have a number of well-managed companies, many with great ESG credentials but there is less economic growth and no matter how many great companies they might have, they will lag behind Asia.”